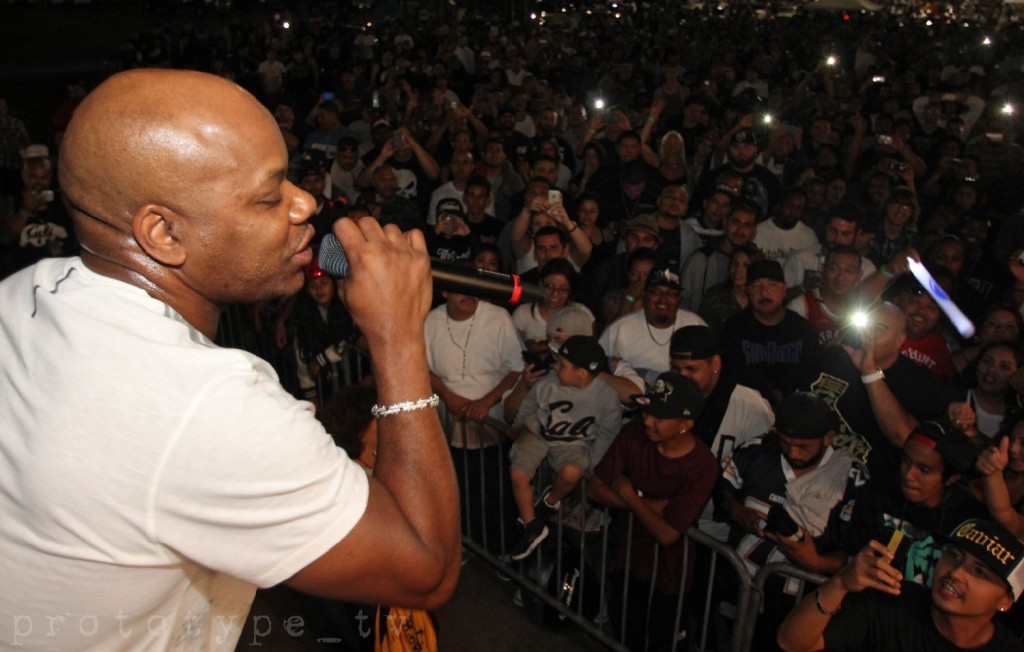 I’ve been following Too Short since I was hella young, and tonight, after listening to his raps about bosses, biatches, and Oakland, his music never gets dated. Even his newer music (2012) is reminiscent of his slower, old-school, heavy bass drops that we bumped in our whips in the ’90s.

The entertainment was simple: girls dressed scantily, twerking to the rhymes of “Freaky Tales,” a jam that hit the swap meets before most of these girls were born.

I’ve been filming with Grammy Award winners, and even they can’t pump up a 50/50 men/women audience like Too Short. It’s 1 a.m., and my ears are still ringing, as the other thousands who also rapped verbatim with the man who helped bring about the “Explicit Lyrics” labels that my mom and pops use to warn me about.

The mixture of rap music, Qualcomm stadium, and us surrounded by the sweetest rides in SoCali cannot be matched. Kudos to Extreme Autofest and Too Short for bringing many of us San Diegans another night to remember. 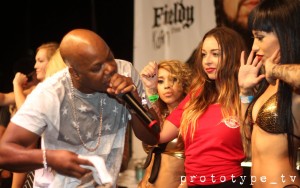