“[Graffiti art is] an important American breed of art form like no other,” said Christopher “Sake One” Kinney, who painted murals at the venue.

“After 15 years, the Writerz Blok facility is closing for redesign of the creative space,” said Reginald Jones, the president and CEO of the Jacobs Center for Neighborhood Innovation.

The 10,000-square-foot lot still has the large paintable walls standing and the skateboard ramp intact.

The graffiti art yard is located at 5010 Market Street, which is a block west of Euclid Avenue, across the street from the trolley tracks. The venue served as a locale for events that celebrated urban art culture and dance groups, hip-hop MCs, DJs, and art demonstrations.

The 10,000-square-foot (mostly) dirt lot still has the large paintable walls standing and the skateboard ramp intact, but many of the “500 youth, community members, visitors, and artists from around the world each month” won’t have the sacred place to kick it…for a while.

“[Graffiti art is] an important American breed [of] art form like no other,” said Christopher “Sake One” Kinney, who painted murals at the venue. “I would like to see Writerz Blok grow and make something permanent with either cinder block walls or even shipping containers with flat aluminum panels bolted on, which in my mind is the perfect format for graffiti art on an 8 foot by 60 foot frame [the size of the original subway cars].”

When Kinney was 20 years old, he hit up walls with his No Suckers Allowed crew, and in 1990, the Reader reported a battle between him and Quasar, another graffiti artist, for the “king of the walls” title. Kinney won, but later in the storyline, he discouraged taggers from defacing his place of employment at the time. 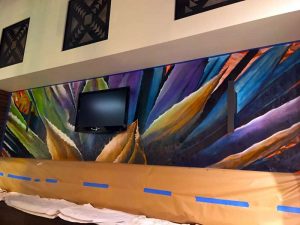 This article was published in the San Diego Reader print magazine on November 6, 2017.

“You don’t get a lot of funded programs anywhere like this where you have 100 percent [of the] youths’ attention and willing participation and working side-by-side with experienced mentoring adults,” Kinney said. “[And] if it’s a permanent closing, I feel really bad that something so incredible for the youth and community should end.”

Jones assures Kinney and the other artists that the closing is temporary and although he said he could not go into details, he did say, “Building on its long-running platform, Writerz Blok will relaunch as an enhanced, community-informed placemaking concept aligned with the Village at Market Creek Art + Design Plan.”

Jones said that the administration staff of Writerz Blok has been reassigned to the Jacobs Center for Neighborhood Innovation offices at 404 Euclid Avenue.

Writerz Blok was known as an alternative for taggers who were busted tagging. “[Police officers] will bring them here as their first chance, as a get-out-of-jail-free card,” said Sergio Gonzalez in an interview with the Reader. “We give them projects to do. We give them silk screening, posters, and banner projects. Or we have them help us with basic upkeep of this place — replacing the [spray-painted] panels or landscaping.”

During an interview in 2013, Gonzalez was the finance manager at Writerz Blok. “Our goal is to be the urban-art version of the YMCA,” he said.

“I think every neighborhood in San Diego and other communities across the United States should have a place where kids and adults are able to paint this art form and explore other options without [persecution] and ridicule,” Kinney said. “It also helps combat graffiti vandalism.”

In the past five years, more San Diego businesses have been contracting with graffiti artists like Kinney to paint their storefronts and interiors walls.

Kinney said he charges about $6800 for a 20´ x 8´ piece, and the price can vary depending on the square footage if it’s an interior or exterior job, the complexity of the design, and the type of supplies needed. 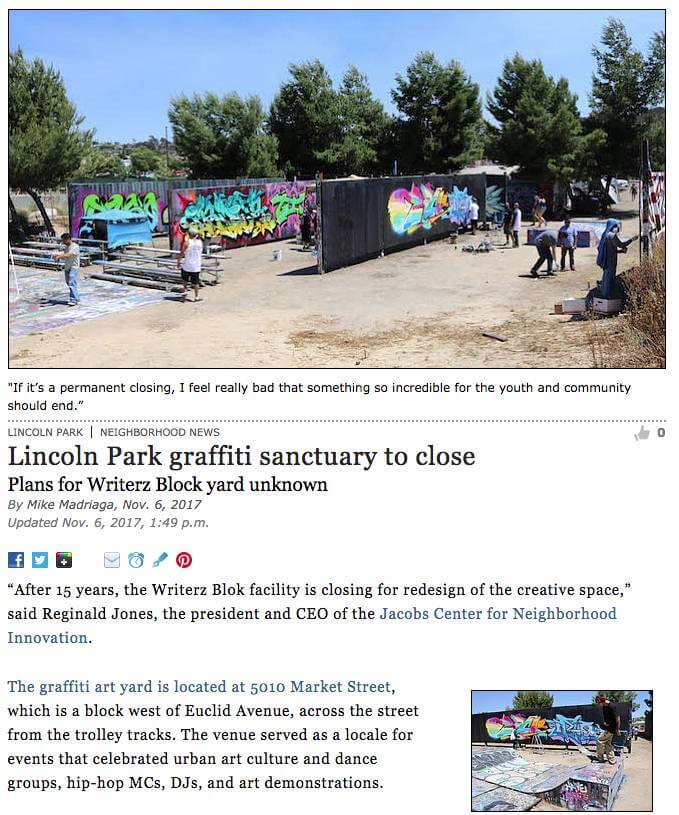 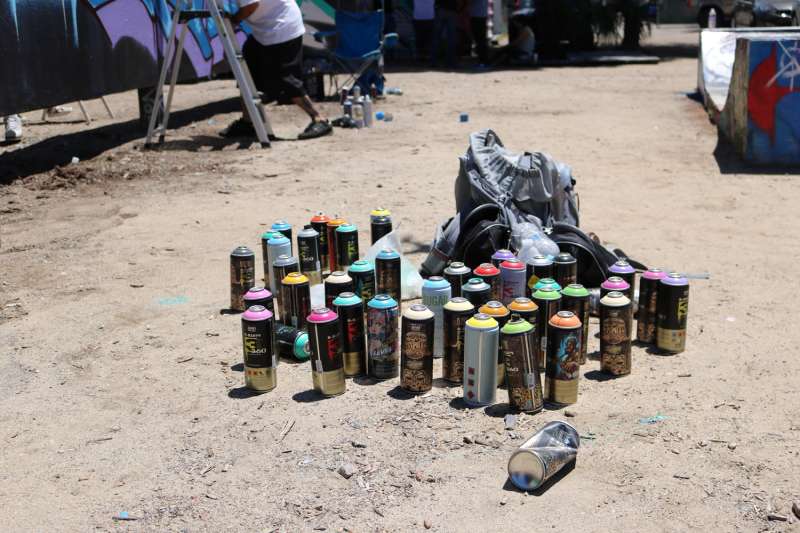