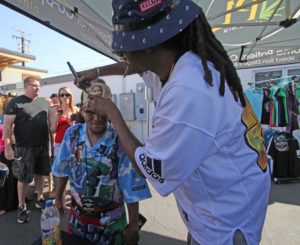 “We gave Snoop Dogg some Tokyo OG [a marijuana strain] and he enjoyed it,” says Heidi Rising, the general manager of the Point Loma Patient Consumer Co-Op.

On August 27, the Grammy-nominated rap star dropped by the pot dispensary to sign autographs for the hundred or so fans who had lined up in the parking lot.

He signed records, CDs, cassettes, some shirts on fans’ backs, and a handful of bongs. The line of fans waiting to take a photo with Snoop moved smoothly from his arrival at approximately 2:30 until he left at 4:00 to perform a concert with Wiz Khalifa. There were a couple of fans who brought in over ten items for autographs — prompting Snoop’s (almost) seven-foot-tall bodyguard to escort them out after they got their CDs signed. “That’s too much,” said the bodyguard.

Not a sticky scent was evident in the air until Snoop sparked up what appeared to be a cigar.

While DJ Greyboy was spinning the tunes outside by Snoop, other things were brewing inside the building. Ricky Williams, the Heisman trophy–winning NFL running back had been guest “budtending” to patrons since 12:30. Williams came out a couple of times to greet Snoop and the fans.

(Williams said publicly that he has used marijuana to battle “social anxiety disorder.” He said he retired from the NFL “to avoid the humiliation of his marijuana use being made public with his third failed drug test.” Earlier this summer he announced plans to start a weed-centric gym in San Francisco.)

“Budtenders are the educated people behind the bar that actually give you your medication,” Rising said. “It’s slang for staff [in a dispensary].” 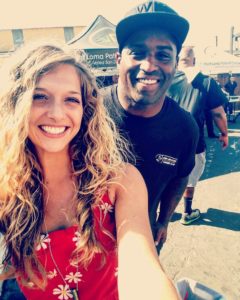 Knowledge of the marijuana products is a prerequisite for being a budtender and “this being a new industry, there is no technical ‘this is how you train’ method — but we do have the vendors come in to give educational classes,” Rising said.

“He has killer chopsticks skills,” said Hannah Grace Steria, who was budtending with Williams. “And a lot of the patients were excited that he was there.”

Many steady-handed budtenders use chopsticks to pull the marijuana buds out of the glass stash containers in the showroom.

The couple-hundred patients and fans who came through the Point Loma dispensary’s doors during their one-year anniversary shindig were on the scale of a “normal day.” Rising said that their business draws an average of 400 patients a day because of great reviews on Merry Jane and Weedmaps.

The price for Cannabis Cup winner Tokyo OG? Sixty dollars for 1/8 of an ounce. 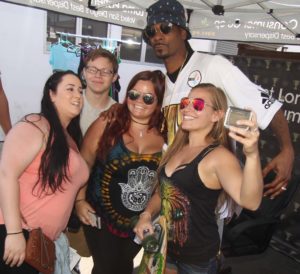 Snoop with some fans 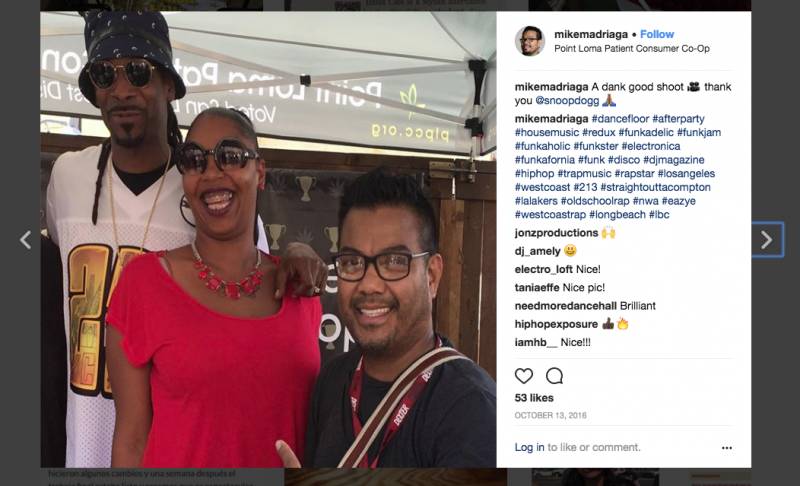