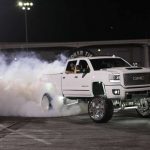 Over 130,000 fans met during the 4-day show at the Las Vegas Convention Center.  On Friday the last day, at about 3 p.m., vehicle owners exited the venue, crossed Paradise Road and parked their customized rides in the Gold Lot parking area.

SEMA Ignited was opened to the public for a $20 entrance fee. Here “attendees will have the opportunity to view hundreds of customized rides featuring the newest and most innovative products from the SEMA Show. The event also includes food, music, drift demonstrations, celebrities, and the culmination of the SEMA Battle of the Builders competition which includes more than 250 competitors vying for the title of the Ultimate Vehicle Builder,” states the website.

Fans marvelled as the auto-projects that laid stagnant at the convention halls across the street — finally moved, revved, rolled and parked next to one another, like at a local car-meet. Bumping music and tailgating with a cold brew was permitted, and beyond the rows of the custom vehicles — drifters drifted their high-powered cars. 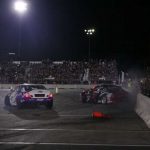 “The BMW and the Nissan were doing tandem drifting when the Japanese car went wide and got into the rail,” Ian Bogan said, “his bumper was dragging.”

Bogan customizes vintage trailers and photographs for magazines back in San Diego.

“Then, there was a truck that did a massive burnout,” he said, “which the SEMA officials tried to bust him for.”

Another fan from California said: “It’s crazy here and I love it ….. it’s like Hot Import Nights with motorcycles, lifted trucks and UTVs.”

One lady that drove her lifted diesel truck in from New Jersey cried as she hugged her friends from Arizona. “I’ll see you guys in 2018,” she said.

By 10 p.m., the smoke cleared, music faded and some of the show vehicles needed jump starts. 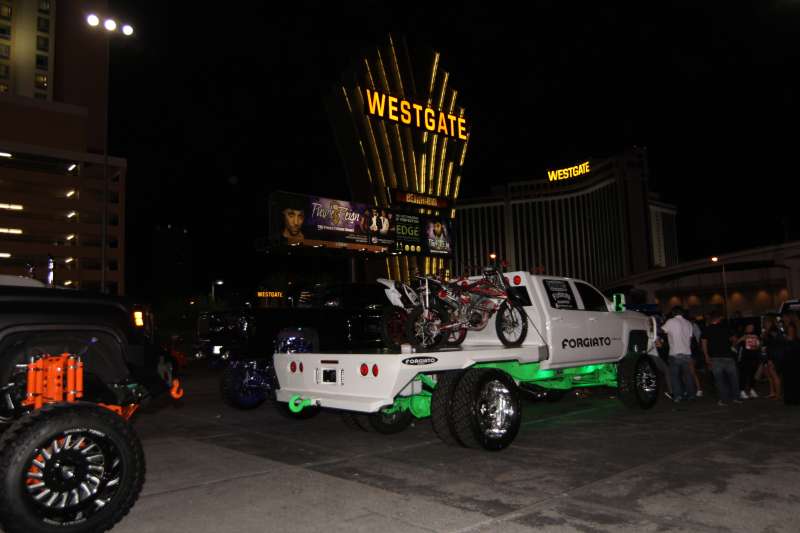