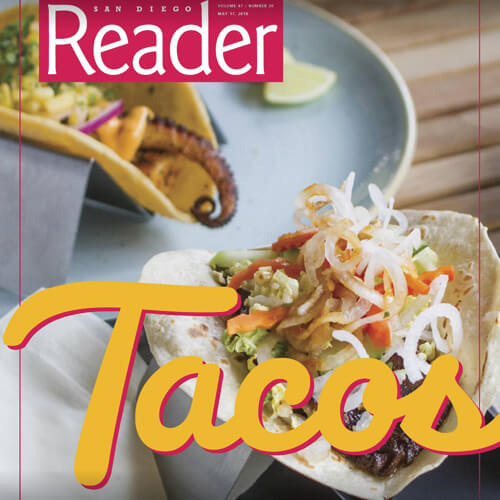 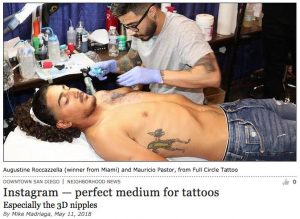 On Cinco de Mayo weekend, a handful of tattoo collectors from around the country received complimentary tattoos at the Golden Hall (inside the San Diego Concourse) on C Street downtown.

“We had three winners,” said Andrew Ybarra, “I flew a gentleman and his brother out from Miami; a lady and her husband from New York; and another gentleman from close to Los Angeles, but instead of paying for his flight, we gave him some spending cash.”

Ybarra, 32, and his wife Jessica, flew in from Odessa, Texas, to rendezvous with the winners and their three companions (which were also comped). They and their Tat matriarch, were sponsors of the San Diego Tattoo Invitational held at the Golden Hall on May 4-6 ….

Luis Miguel caught in traffic for his own concert 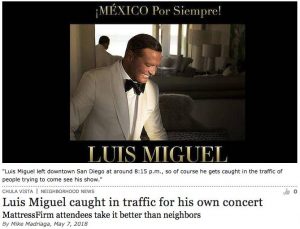 Fans from both sides of the border chimed in on other social media apps.

“We are already on our way, but there’s a lot of traffic!!! Wait [Luis Miguel], do not start until we get there!” posted one. Another fan typed while sitting in traffic “Te amo ‘luismy,’ (I love you Luis Mi).”

But not all took to the 48-year-old Latin Pop musician and Grammy Award winner’s concert …. 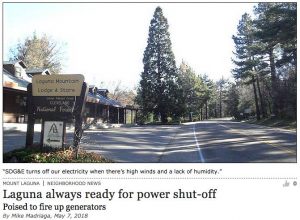 “They are putting underground [cables] in, which means that they shut the power off periodically,” said John M. “Literally, like ten minutes ago, a guy from SDG&E was giving out handouts to everybody …. but I haven’t read it yet.”

On May 4th at about noon, I spoke to John, the co-owner of the Laguna Mountain Lodge in Mount Laguna.

“SDG&E also turns off our electricity when there’s high winds and a lack of humidity,” he said.

It was about 70 degrees out, with 20 percent humidity and 25 mph winds.

In 2006 he and his brother took over the lodge with cabins, hotel rooms and a convenience/gift store. It’s located on the Sunrise Highway ….

Eric Elmore has been surfing at the Mission Beach jetty for about 20 years.

“It’s ridiculously territorial here,” he said, “a guy was new to the area and he was like taking off on every wave; and the local big dog came in, took the guy’s shortboard away, threw it and said ‘get out.’ 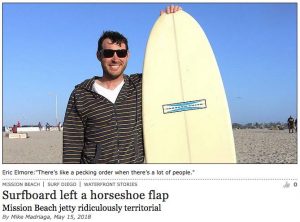 “Here there’s like a pecking order when there’s a lot of people, but there’s isn’t anyone out today (on the first week of April).”

His wife was chilling on the beach with their infant, while Elmore and their three-year-old shared the water with only one other surfer.

“He’s (their three-year-old) been boogie boarding and paddle boarding ….

Click here for the full story. (Pages 30 and 31 on the print edition)