San Diegans playing at the Super Bowl on Sunday 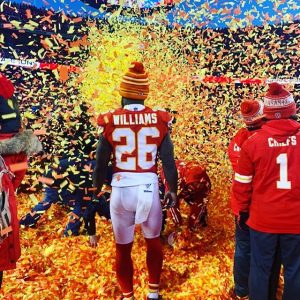 By Mike Madriaga
On February 2, there’s a handful of San Diegans that will be on the Hard Rock Stadium field in Miami for Super Bowl LIV.

Fred Warner, 23, played high school ball at Mission Hills High School in San Marcos. After he graduated in 2014, he played with the Brigham Young University Cougars; in 2018, he signed with the 49ers where he plays as a linebacker.

John Lynch, 48, is the current general manager of the 49ers. He attended and played football at Torrey Pines High School in Carmel Valley/Del Mar. He played college ball at Stanford University and was drafted by the Tampa Bay Buccaneers in 1993. In 2003, as a safety, Lynch helped clinch the Super Bowl XXXVII win over the Oakland Raiders at our then-Qualcomm Stadium.

(Lynch’s dad, John Lynch, Sr., played for the Pittsburgh Steelers in 1969, worked in San Diego radio – XTRA and 91X – and was CEO of the San Diego Union-Tribune after Doug Manchester bought it from Platinum Equity.)

“The possibility of an athlete in San Diego making it to the National Football League is not impossible,” says Eleh Robles.

Robles, 24, knows the sport pretty well; she was a multimedia reporter for the Prep Pigskin Report segment at KUSI News in 2016-2017. She interviewed, filmed and reviewed San Diego County’s best high school football players, and coaches, at the 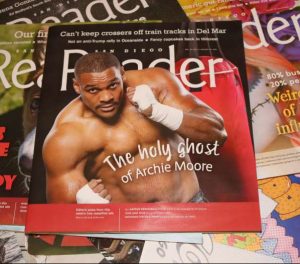 The original story was featured in the print edition of San Diego Reader on January 31, 2020.

“My responsibilities at PPR was a whole week of planning for the Friday Night Lights,” she said, “which is how high schools detail their games throughout the season.

“Reggie Bush is another prime example that big things can happen if your work hard.”

Former-49ers’ Reggie Bush and former-49ers’-and-Chiefs’ Alex Smith, who is the quarterback for the Washington Redskins — played at Helix High in La Mesa in the early 00s. In 2004-2005, the two would reunite and contend for the Heisman trophy and make history being the first time a high school had two finalists at the same ceremony.

(Bush “won the Silver Pigskin trophy awarded by KUSI’s Prep Pigskin Report” while he played at Helix High; a couple of years later in 2005, he won the Heisman Trophy playing for USC.)

After the Friday night games, Robles would do stand-up outros and create voiceovers, edit the content, and “send over the package to KUSI for Paul Rudy to report.”

“Who do you think will win the Super Bowl?” I asked Robles. Robles was a multimedia reporter for the Prep Pigskin Report series at KUSI News in 2016-2017.

“We have two great teams and two gifted quarterbacks that can run plays and pass,” Robles opined, “and both teams have dominant and strong defenses as well — it can go to overtime.”

Throughout San Diego County, Super Bowl parties will be occurring to honor some of our high school- and college-alumni, that will play in Miami — according to multiple Facebook posts.

“San Diego has veterans of the NFL that hold mini-camps for players to understand what it takes to maximize your potential as an athlete,” Robles added.

USD and SDSU are taking sign-ups for 2020 football camps.

Super Bowl LIV’s kickoff time is slated for 6:30 pm eastern time, and 3:30 pm for us in San Diego; the game can be viewed on Fox.