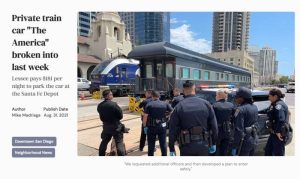 The original story was published in the print edition of the San Diego Reader on August 31, 2021.

Over a week ago, a man broke into a private train car, which former President John F. Kennedy allegedly traveled in. It was parked at the Santa Fe Depot train station. “We attempted to speak to him, but he refused and went back into the railroad car,” posted the San Diego Police Department on social media on August 24. “We requested additional officers and then developed a plan to enter safely.” There are eight police officers and a K-9 outside the Pullman Car Company-built train car on the posted photo; the car measures about 85 feet long, 13.5 feet tall from the rails, and ten feet wide. “We were able to enter and arrest the man for burglary.”

On August 30, I reached out to the train depot on Kettner Boulevard, north of Seaport Village and a couple of blocks east of the waterfront. I couldn’t contact anybody regarding how the burglar entered the circa-1927, dark-grey- and light-grey-colored train car.

“I figured he [the unidentified lessee of the car] must’ve done something like he forgot to lock the door,” Steve Korpos Jr. of Midwest Railway Preservation Society said to me on August 30. “They’re steel doors; you can’t jimmy the lock; they’re meant to be secure.” 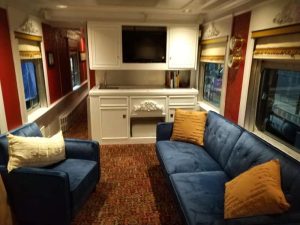 They redid the interior, which once had a cigarette smoke smell.

Korpos Jr. is the executive director of the Ohio-based railway-equipment-preservation company that restored “The America” car for about $120,000 after they acquired it in 2019. They fixed the exterior paint, redid the interior which once had a cigarette smoke smell, and then re-piped the kitchen plumbing. “There’s a state-of-the-art security system and cameras. It has a wi-fi TV so that you can get internet access no matter where you’re at. It has a modern kitchen and a washing machine that has a dryer all in one unit.”

Then “on August 2, it left from here in Cleveland, and he leased it [on August 5] for a whole year. That car can handle eight people: you can have two crew members, a butler and a cook, and six passengers. [But] he rented it for himself and his two dogs.” 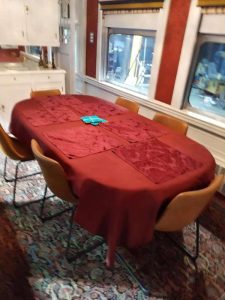 “He rented it for himself and his two dogs.”

“How much would it cost to lease the car from you guys?” I asked Korpos Jr.

“Well, I don’t want to give his price, but [maybe for you] almost $10,000 a month. We call it in the industry a private car. You can lease them out, attach them to the back of Amtrak, and travel wherever Amtrak travels.”

Scott Lewis — a member of Chula Vista Live Steamers, a local club of train enthusiasts that run the free-of-charge, mini-train rides at Rohr Park — saw the vintage train car burglary post. “Lots of times, leased train cars come down from L.A., and [the lessees] will be in San Diego for the day, and then go back up,” Lewis said. “So there’s a bunch of rules and regs because it’s with the government and the railroads, and it’s not cheap.”

According to Amtrak, “The America” lessee pays an additional $181 per night to park the car at the Santa Fe Depot, $233 for a car wash, and $144 for waste tank service. Traveling from San Diego back to Los Angeles costs him roughly an additional $500, and if he decides to trek from San Diego to St. Louis, Missouri, it’ll run him $6,912 — based on Amtrak’s $3.84 base mileage rate (per car mile).

“The late Georgia Frontiere, the former owner of the Los Angeles/St. Louis Rams, owned and traveled in ‘The America,'” continued Korpos Jr., “because she did not like flying and would travel by rail when following the team to their away games.” 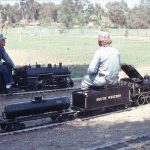 During Frontiere’s ownership, “if the Rams were playing the Chargers, she was there,” Korpos Jr. responded. “She never missed a game from what I was told.” 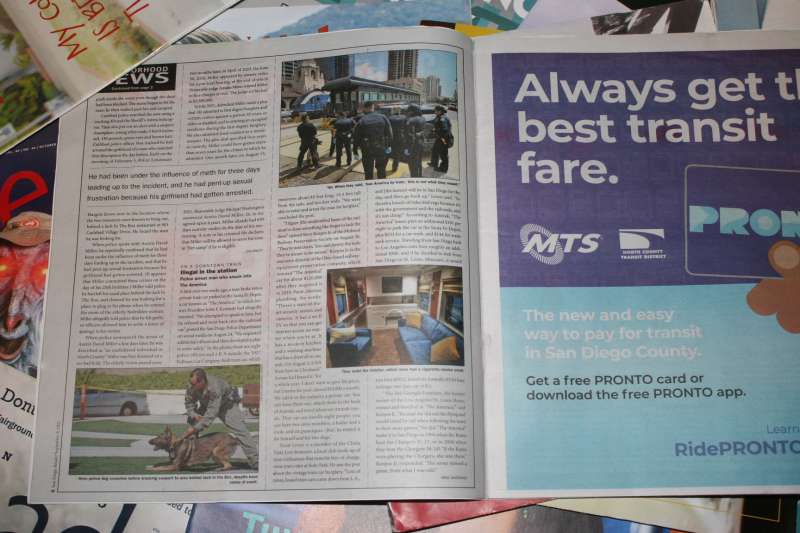