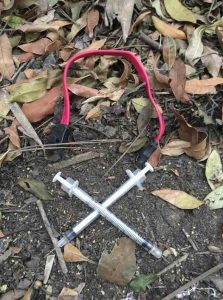 Some more syringes in the canyon

Over the weekend (November 18–19), Matt Armstrong says he pulled out 350 pounds of trash from Manzanita Canyon — by himself.

“I usually like to go out in the late morning/early afternoon, as there is very little homeless contact during that time, as they are all out foraging [for food and other stuff],” he said. “So far I have scoured the bottom of Azalea Park and the entire bluff along the 15/805 [freeway] interchange near the big curved wall…as well as down by the grate that leads under the freeways and over to South Park at the west end of the canyon.”

Armstrong is a 51-year-old martial arts instructor and a custom Lego builder who says he has pulled out over 2060 pounds of trash in Manzanita Canyon since September 8th.

“I met Matt when he came into our coffee shop talking about wanting to do a Lego art show there,” said Justin Boone. 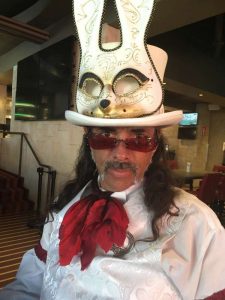 Boone, 45, is the Azalea Park neighborhood association president and the owner of Burly and the Bean coffee cabin (3014 Columbine Street, near Fairmount Avenue).

Boone said in the past he has hauled away junk from the canyon as well. His coffee shop is a couple of blocks away from the Jaime Way trailhead, one of the main access points to the canyon.

Linda Pennington, the City Heights community organizer for the San Diego Canyonlands organization, leads her own crews to clean up canyons; in 2016-2017, she said they picked up about 10.9 metric tons of nonnative plants and 8.3 metric tons of trash.

“Matt is unstoppable,” she said. “I know people who have committed years to canyon stewardship but I have never met anyone like Matt who is willing to go every day.”

Armstrong said he is obsessive-compulsive about canyon cleanups. “When I am cleaning, it is at a quick pace, wanting to get the job done and do it right,” he said, “[and] building Lego [sculptures] is the same way: I usually build at a frantic pace late into the night until the creation is complete.” 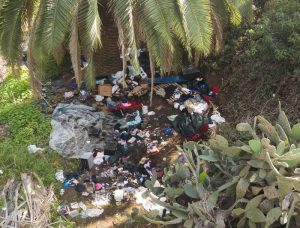 “When I am cleaning, it is at a quick pace, wanting to get the job done and do it right,” says Matt Armstrong.

He has found some cool stuff in the canyons: baseball cards, purses, bike parts, credit cards, and even Legos. “I have found some Lego pieces under a bridge and cleaned up near a homeless lady with a bucket of Lego bricks [and] even offered her cash for it,” he said. “The deal never went through and I left shortly after speaking with her. She died soon after that in the canyons.”

“There has been a decrease [of homeless people here] due to the fact of [Armstrong] being down there on a regular basis and patrolling,” Boone said. “With him constantly plugging away at it, that allows less time for them to return to camp [and] we have to keep [homeless] activity down in the canyons or it will all be a waste of time.” 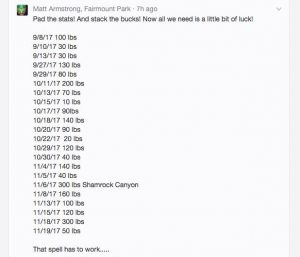 Pennington’s crews focus on planting native plants in the canyons. They remove invasive plants in restoration areas, dig into hard soil to plant the natives, and come back to water the new plants until they are two years old. They, too, have to clean up the areas before and after the planting process takes place.

“For Matt and other volunteers to take it on themselves to go in and clean up trash is a godsend [and] clearly we can’t expect to restore our canyons if they turn into a sea of homeless camps,” Pennington said.

Boone praises Armstrong because he is “doing things that others won’t [do] due to the risk and that he is making a difference by pulling out some [mulch] and all kinds of trash — [ultimately] making a cleaner and safer place to walk.”

Though very familiar with the canyon and some of the people living there, Armstrong said he remains vigilant.

“As I was [recently] leaving the canyon with my bucket of trash I passed a gentleman carrying a machete. We said our greetings and went our ways, but I was walking quickly and looking over my shoulder the rest of the way out.” 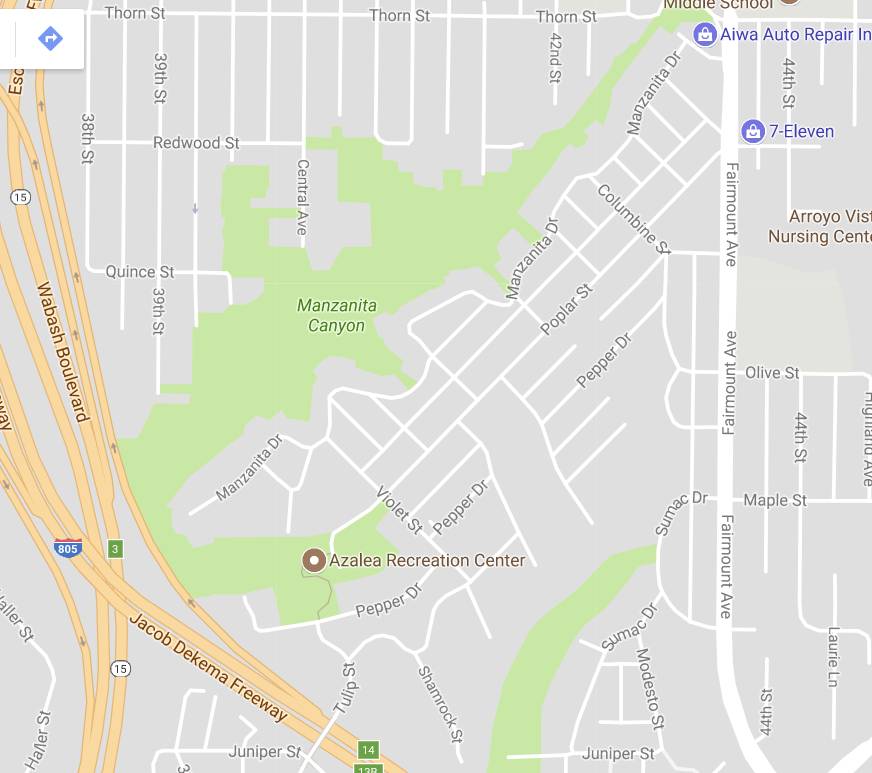 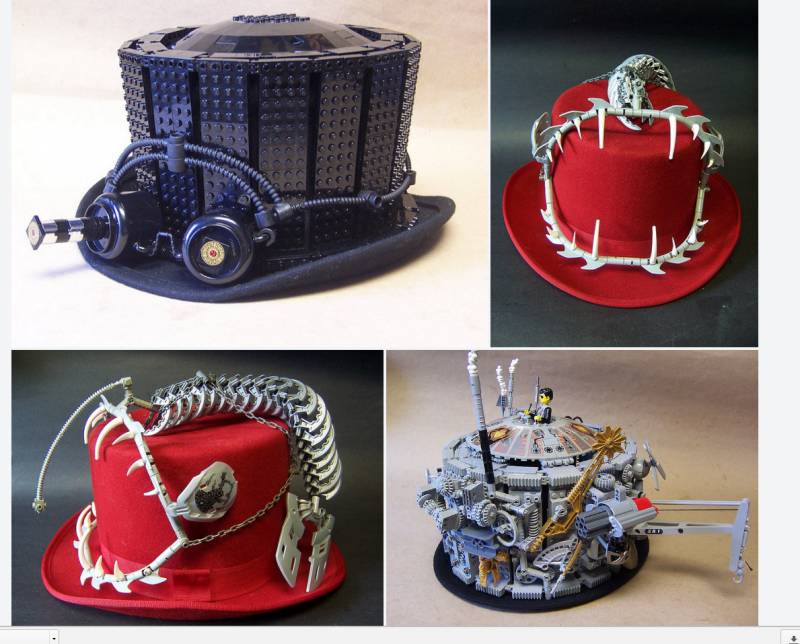 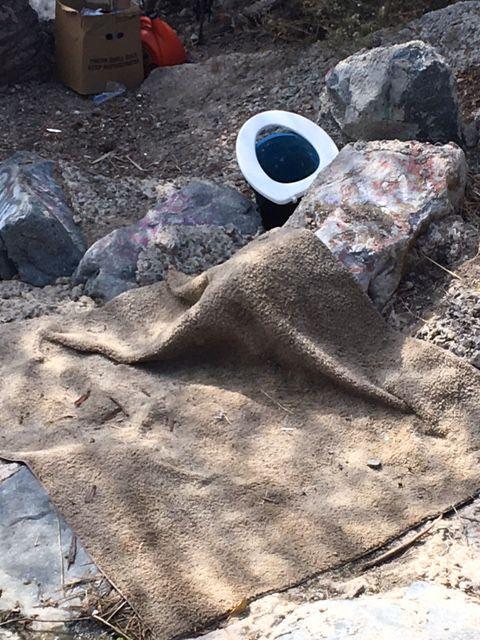 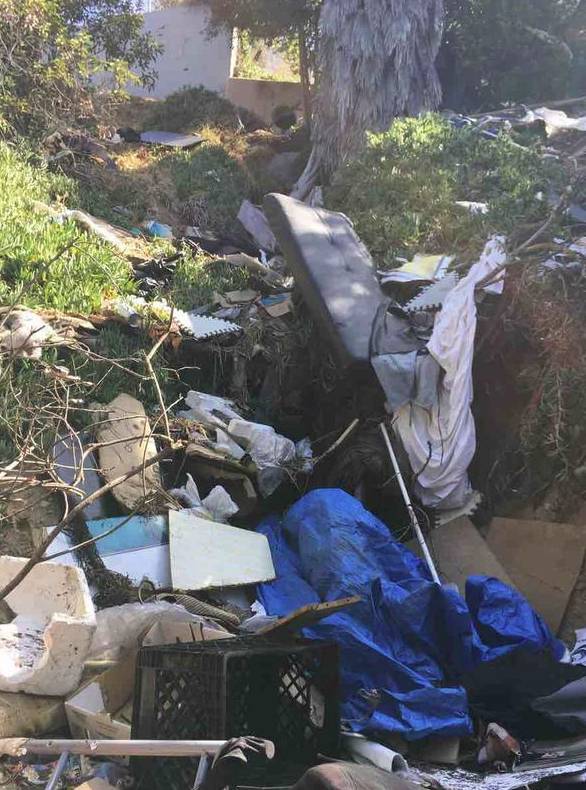 Some of the heavier junk in Manzanita Canyon