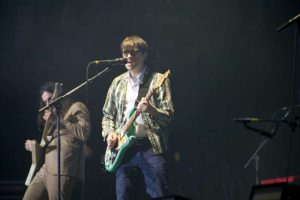 The opening night of the three-day Kaaboo music festival at the Del Mar Fairgrounds featured the Red Hot Chili Peppers, Weezer, Kesha, and DJ Diesel (Shaquille O’Neal), among others.

Robert, an employee at the store for five years, said, “I’ve never heard them from here [about a mile away]. Do you think they can turn it up louder?”

Many of the neighbors likely wouldn’t make that same request. Last year, the Union-Tribune reported that in 2015, “Del Mar officials said the city received dozens of voice mails and emails complaining about noise over the [Kaaboo] event. Organizers said they set up a complaint hotline, which received 91 calls.”

On the Reddit website, one neighbor complained that the music could clearly be heard from two miles away.

“I can hear the music when I stand outside [of the restaurant],” said Madeline, an employee at the Denny’s on the corner 2203 Via de la Valle, “but it’s not that loud or clear.” She works about half a mile away from the stages. During her interview on Friday night, DJ David Guetta was performing.

“We hired an audio engineer, audio scientists, and the speaker companies,” said Bryan Gordon, CEO and creator of the festival. “And basically created this technology consortium of those three disciplines to engineer a system that is a noise-canceling system.” 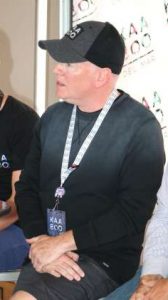 Bryan Gordon, CEO and creator of Kaaboo, said “….and basically created this technology consortium of those three disciplines to engineer a system that is a noise-canceling system.”

Gordon compared the technology to that of noise-canceling headphones, “where you have sound waves that cancel each other out in terms of the bass [but] we created a ginormous version of a noise-canceling system, which has never been done, to the best of my knowledge before, in an event of this scale.”

During the Kaaboo press conference on September 14, Gordon didn’t say specifically how much he’s invested in the equipment and technology. “That’s a six-figure undertaking every year [and] so we used it last year. It was a scientific theory last year and it worked really well.”

Jim Dorrh, the fest’s technical director, is in charge of the lighting, video, staging, and audio systems. “These [sound system] boxes are made for large audiences and have the ability to control the spread of the [sound],” he said. “With audio, the more boxes you have, the more finesse you have with it.”

He said they have sound meters throughout the area and have been “keeping it within the city noise ordinance [around 97 decibels] [and] keeping the audio on the property.”

The French-made L’Acoustics speakers that Kaaboo uses (many are hung in multiples from the scaffolds supporting the stage) have “Panflex adjustable horizontal directivity [and] focuses sound coverage on the audience only, handily addressing the most challenging acoustic environments or noise pollution issues for outdoor events,” according to their website. 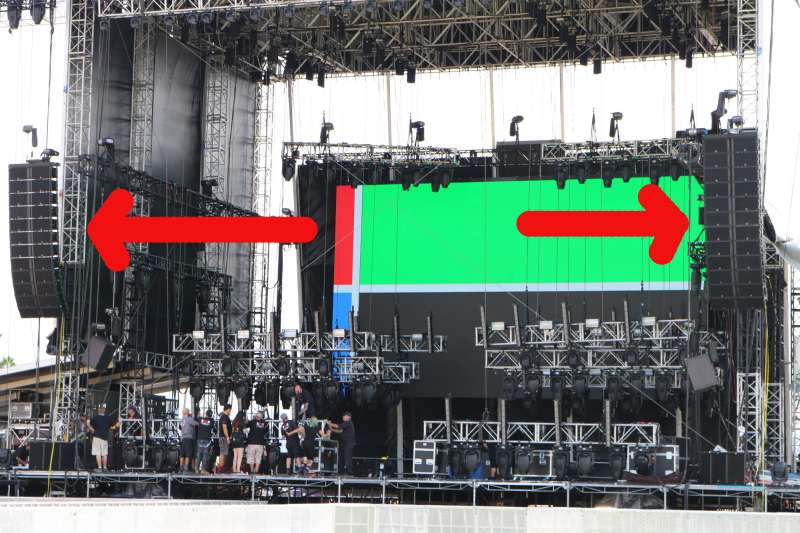 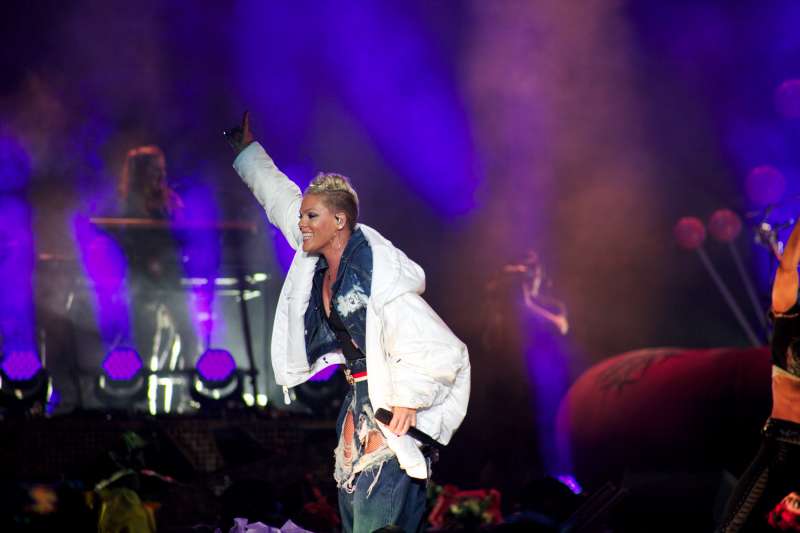 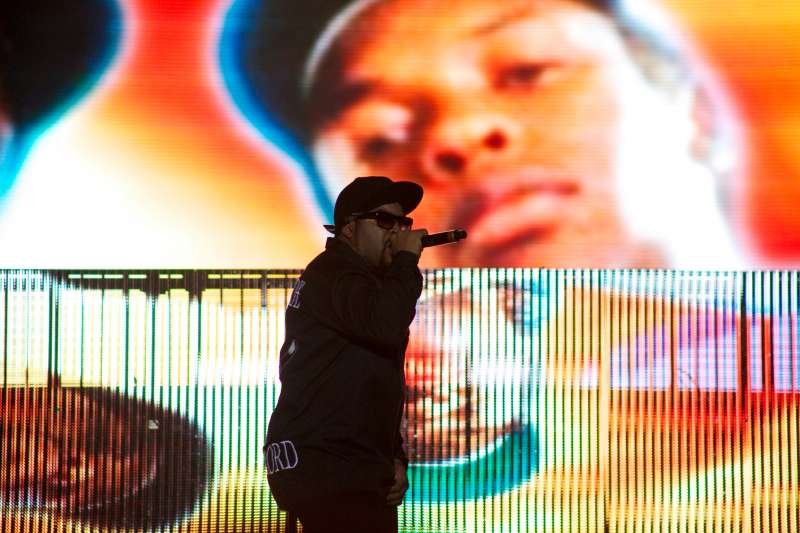