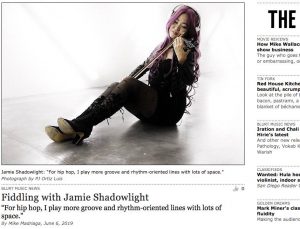 The original story was featured in the print edition of San Diego Reader on June 6, 2019

By Mike Madriaga
Pacific Beach violinist Jamie Shadowlight was ecstatic when she heard electric violinist Lindsey Stirling would headline the San Diego Fair on June 27. “Stirling has made playing violin fun and inspired so many young people to break out of the classical form,” she said. “Her cinematic videos are captivating and creative with the fusion into electronica music and the crazy bass drop.”

Like Stirling — Shadowlight is an acoustic-and-electric violinist that films artistic videos for her social media campaigns. Her February collaborative art-project with Leslie Monroy was featured in a February Reader article. In it, she’s captured via drone playing a violin within a 150-foot “sand mandala” below Crystal Pier.

Shadowlight is fiddling with the electronica genre as well. “One of the main bands I play in is called WITHN,” she said. “I have performed with them a few times at the San Diego Fair [when they were known as Todo Mundo]. We are moving towards fusing electronica with the acoustic sounds, and it has inspired some great collaborations.” 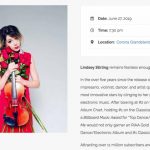 When I talked to Shadowlight, she was recuperating after the May 8-13 Lightning in a Bottle music festival in Bakersfield where she played an acoustic/electric Barcus Berry violin with Oceanside’s Shane Hall and his band.

“Lightning in a Bottle is known for their electronic music,” she said, “but all the violinists I saw played acoustic instruments that were amplified: from the two fiddlers of Rising Appalachia, to an amazing electronic quartet with a violinist, to the crazy Balkan art car with Axon Orchestra.”

“For hip-hop, I play more groove and rhythm-oriented lines with lots of space,” she explains. “I use effects and layering: my fave is delay via my octave pedal. I listen to the lyrics and support them, and then I’m also usually given a solo to shine freely.”

Shadowlight was born in South Korea, moved to the U.S. at two years old, and then three years later started playing classical violin. “I’m used to hearing the violin played in orchestras and the chamber, folk, jazz, country and bluegrass — music genres,” I probed, “but what’s the difference in fusing your violins with hip-hop and electronica music?

She explains, “The process is almost the same as fusing it with other genres. You stay open, listen, and then collaborate to best serve the song: I open my mind and ears to become a sound that may not sound like violin — even if it is coming from a violin. I’m not so attached to being recognizable as a violin and the producers are free to expand my sound by putting effects and flipping stems and such — although, most producers bring me in to sound like a violin to add a real instrument-sonic and human element to balance the electronics.”

Shadowlight prefers recording with an acoustic violin, but travels with NS Design electric violins because they are sturdier and can withstand the shifts in the weather.

“I play somewhere in this world almost every night,” she says. To find her next San Diego County gig, follow @Jamie.Shadowlight on Facebook. 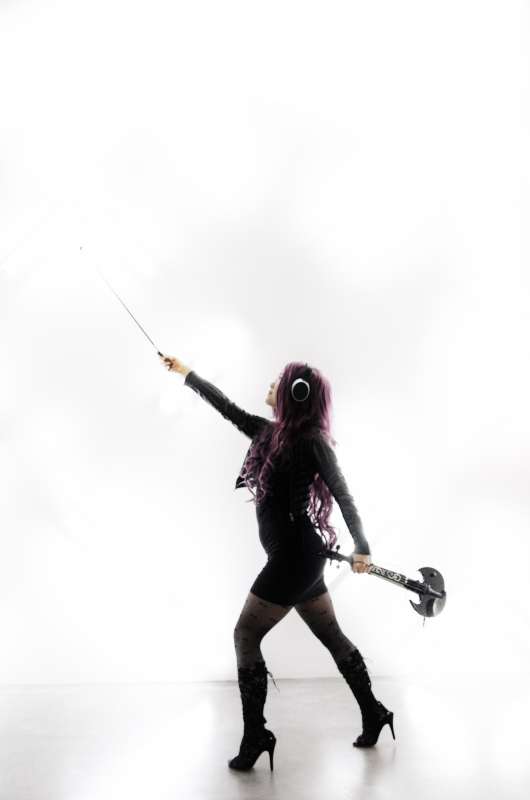 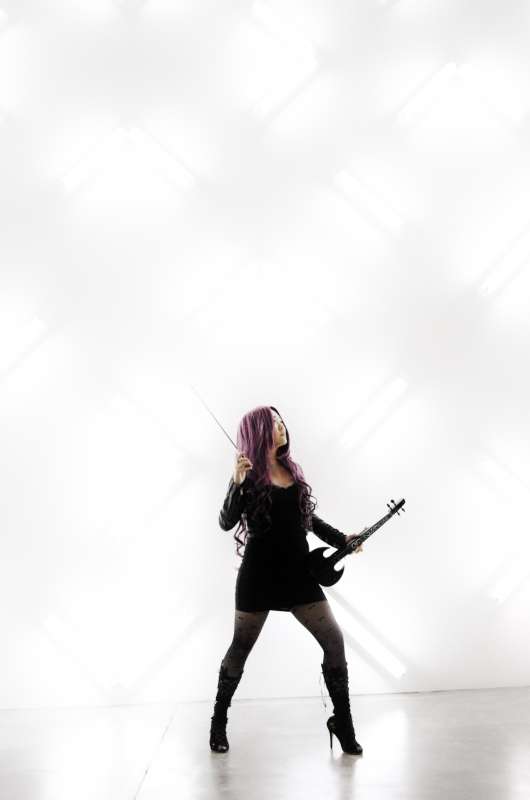 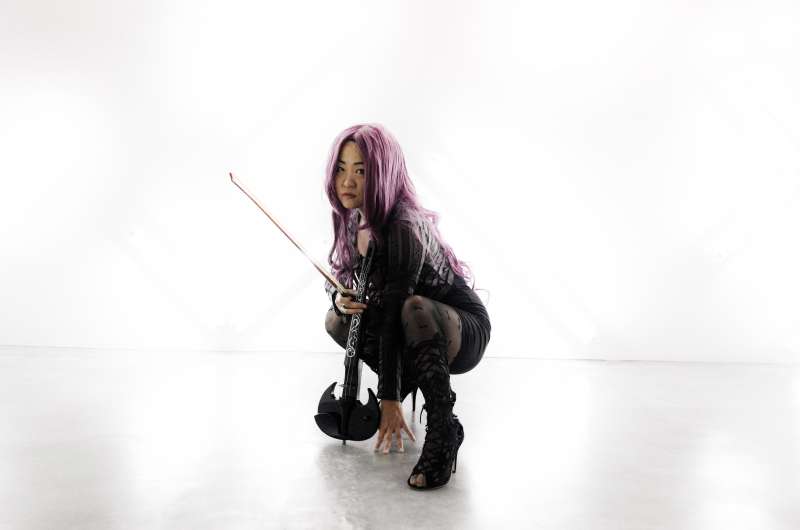