On December 9, Andreas Stevens cruised his forest green 1972 Chevy “boogie van” out to Perry’s Cafe in San Diego, for “Vans and Coffee,” a monthly (every second Sunday) vintage van gathering organized by Stevens and his buddy Mik.

Neil Fordice rolled in his blue 1969 Chevy G10 and parked it next to Mik’s white rig facing Pacific Highway. 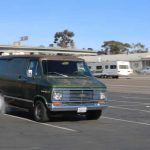 “Almost everything on it is original,” Fordice said, “the only thing aftermarket are the windows, but those are aftermarket from the time period.”

While Fordice and I spoke, a group of young friends huddled by the five vans and took selfies. 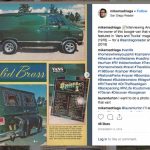 “The younger generation vanners are one of the big reasons we have such an active scene.”

“Social media is how we spread the word,” Stevens, the meetup organizer said, “mostly via the san_diego_vannin Instagram page, [that I manage].”

The Instagram page has over 4,000 followers and the profile reads as “San Diego Vans — Since 1972 — Transmitting from sunny San Diego.”

The month prior, a meme was posted on the page that was headlined “CALLING ALL VANNERS!! DO YOU COPY?!” atop a photo of a dude talking into a CB radio handset with his girlfriend sitting shotgun, followed by the “411” on Stevens’ annual van-shindig down below. One vanner commented on the meme: “Van folks, bring the vans out” then followed with four additional vanners’ IG handles. 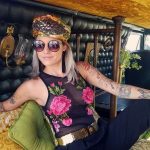 “The younger generation vanners are one of the big reasons we have such an active scene,” said Stevens. “They love the nostalgia and aesthetic like most vanners and you can still find a cool old van for a decent price, then customize it to your liking.”

Stevens emailed me photos of his van named “Brass 1,” when it was featured in Vans & Trucks Magazine in 1976. Much of the customization — including the black square tufted Naugahyde and brass bed on the interior and some of the scrollwork and pinstriping within the green paint job — is evident 42 years later. Brass 1’s dashboard has a functional CB radio and an original 8-track player that’s connected to a pair of 6″ X 9″ speakers. There’s an antique chest that sits behind the driver’s seat on a green shag carpet. Back in the day, a similar chest was mounted on the rear bumper to stash extra van parts.

“Custom van parts are all desirable in general,” Stevens added, “but especially the ‘bubble windows’ or ‘portholes’ that came in all different shapes and sizes: those are hard to find.”

I posted Stevens’ van photos on my Instagram and influencer Lauren Turton commented: “I want to do a photoshoot with that van!

” …. the green exterior mixed with the lush fabrics with black and brass accents on the interior and exterior were calling to me.”

I’m like, “Roll on through, the cafe is on Pacific Highway by Old Town.”

Turton met with us decked in vintage-inspired garb topped-off with a selection of That Dome Piece custom hats; she served as a muse for fashion photographer Ron Morales. 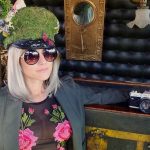 “When you’re inside the van you are transported back in time,” Turton commented as she posed by the velvet headliner and laced-out curtains. She then changed into a long gown embellished with jewels and gems and modeled up front by the three-spoke steering wheel.

One vanner was blasting “Another One Bites the Dust” on his radio as he jammed out of the parking lot by Taylor Street.

“When I was a kid we often took road trips,” Turton continued. “I remember belting out Queen numbers with my brother as a backup singer in the back seat of our Chevy van.”

“Social media is how we spread the word,” Stevens said, “mostly via the san_diego_vannin Instagram page, [that I manage].” 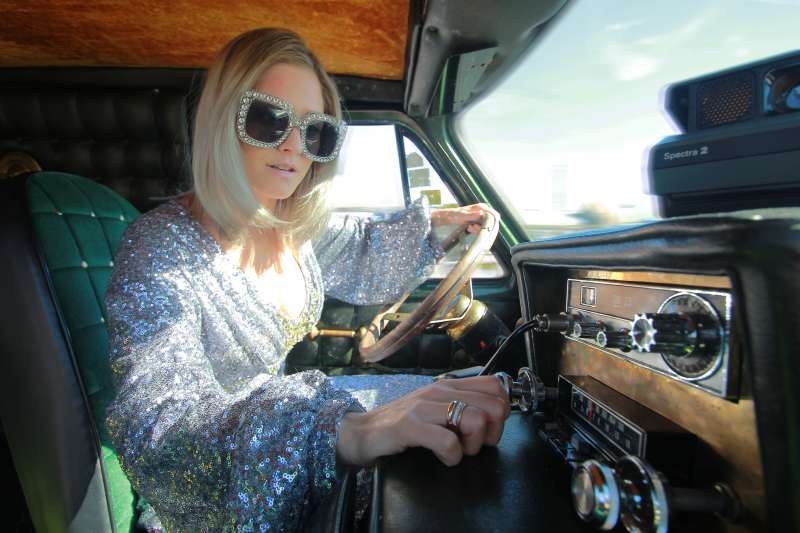 “I remember belting out Queen numbers with my brother as a backup singer in the back seat of our Chevy van.”
Photo: Ron Morales 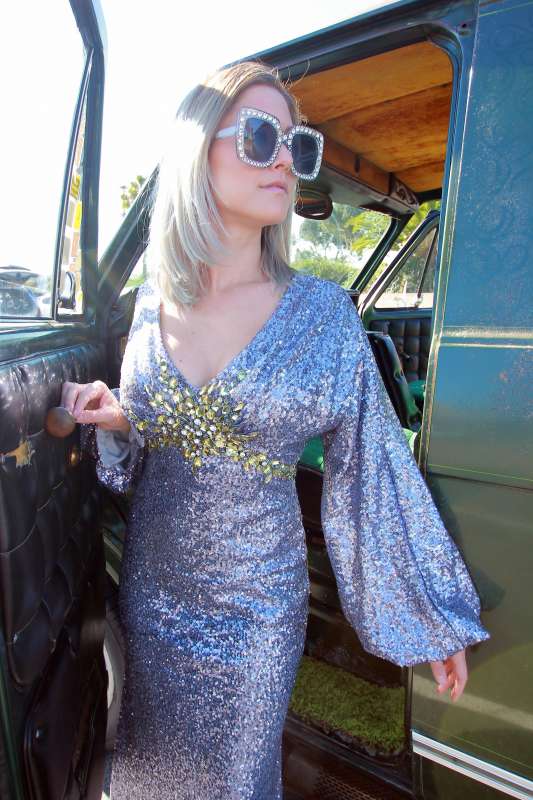