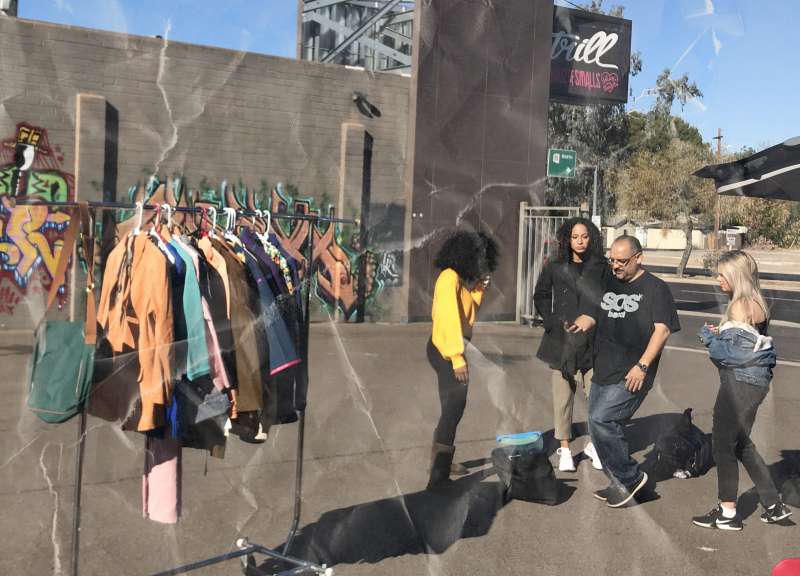 At around 10 a.m. Arisia Huff, Lexie, and Racquel McKenzie, three fashion models from the ‘602’, pulled into the shop and met with Ron.

Since 2020 I’ve scoured the internet for a wall of boomboxes — I found two.

“I spotted another wall of boomboxes at Trill in Phoenix,” I said to Ron Morales on December 1. “Wanna take a road trip?”

“Vamonos, bro,” he responded. “How far is Phoenix from San Diego?” 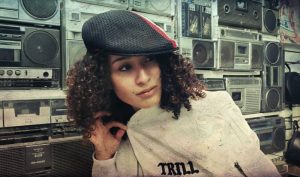 Photo of Lexie by Ron Morales

“About five to six hours.”

The thing is, a week or so prior, my “Hip-hop auctions bring vinyl and boombox boom” article in the San Diego Reader magazine went to print. The article was about Sotheby’s New York hip-hop auction in September, where DJ ROSS ONE’s 32 old-school boomboxes mounted within a custom shelf copped $113,400.

“When someone buys a used or new boombox,” Morales noted, “they are buying a moment in a generation that changed the scope of an urban lifestyle.”

Morales, a fashion photographer and founder of Real Life Media, spoke in the article of a dream concept utilizing pieces from the New York-based auction that raised over $2 million. “I would stack the boomboxes as my backdrop and have my subject in the forefront wear the Def Jam prototype jacket that sold for $10,080 paired with Drake’s Air Jordans that sold for $32,760.”

Fast forward to December 5 when Morales and I rendezvoused at Trill, a hip-hop store located about five miles east of downtown Phoenix. 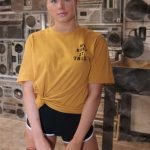 The biz is “one of the dope gems of Arizona for all elements of hip-hop,” said one of the 88 Google reviewers, where the brick-and-mortar joint copped a solid 4.9 outta 5.0 rating. “If you are looking for gear, memorabilia, vintage Ascended Masterz videos, records, and more — you will thank yourself for stopping in! The owner has been a supporting member of the hip-hop community for years.”

Chuck Huus opened up shop in 2019; he’s also the man behind the boombox art installation by the record and autograph area. The boombox collage stands about 7 feet tall and consists of original silver-colored analog devices of all sizes and dope brands of the 80’s era.

Here, post-millennials post up and snap shots for their “TikToks and Grams,” where Morales and I followed their leads. 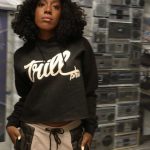 Racquel McKenzie in a Trill hoodie

“At least we didn’t have to drive out to New York City,” I joked with Morales as we strolled into the shop’s parking lot off of Indian School Road. “These murals are dope,” Morales noted of the graffiti art emblazoned on the shop’s walls. “Let’s shoot here first.” At around 10 a.m. Arisia Huff, Lexie, and Racquel McKenzie, three fashion models from the ‘602’, pulled into the shop.

For the looks, Morales and I melded vintage fashion with Trill’s street gear.

“Vintage is so in right now, and so is street style,” Huff keyed in. “Ron really went all the way with combining the two, and it was something a lot of photographers probably wouldn’t go for.”

As we made our way inside, a live DJ was on set cuttin’ up 90’s jams with stuff Drake sampled in some of his music. “It ain’t Drake’s Jordans, but we got this Def Jam joint,” I said to Morales as he photographed with Lexie on the boombox wall. “All good, we finally found the wall of boom!” he responded.

“Ron was a very enthusiastic man that had so many great visions for his work,” Lexie commented.

Unfortunately, this photoshoot would be one of our last collabs. Morales unexpectedly passed away of unknown causes on May 22.

“He will be missed but certainly left an impact on the art community,” Lexie continued.

Much thanks, Chuck, Arisia, Lexie, and Racquel, for linking up with us this day to bring Ron Morales’s dream sequence to fruition. 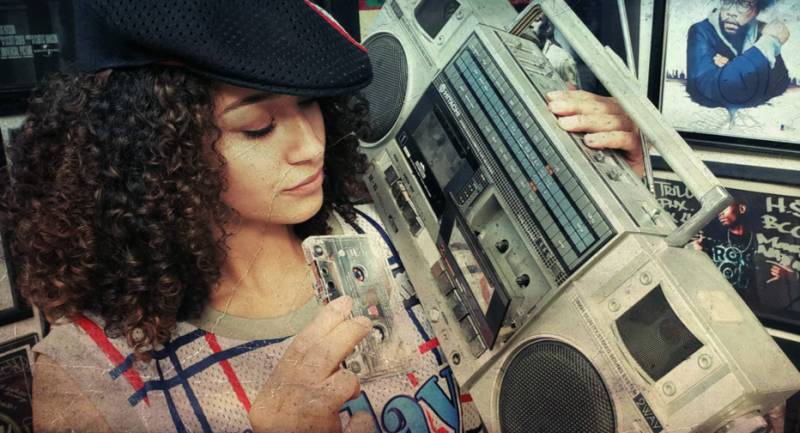 Photo of Lexie by Ron Morales 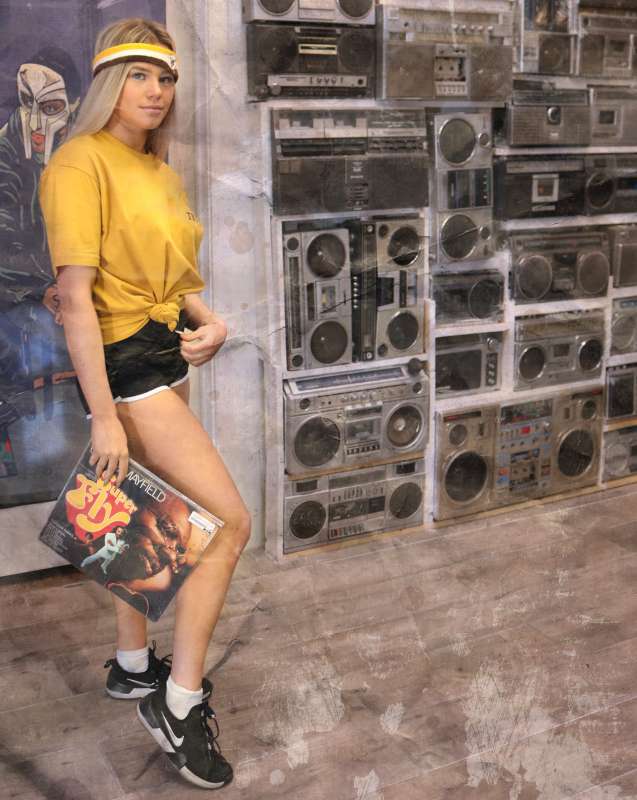 “When someone buys a used or new boombox,” Morales noted, “they are buying a moment in a generation that changed the scope of an urban lifestyle.” 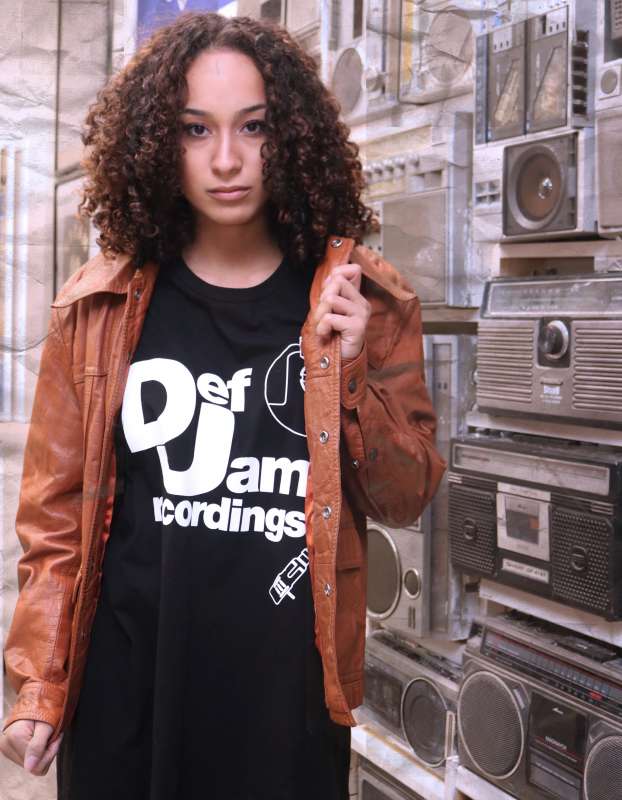 “It ain’t Drake’s Jordans, but we got this Def Jam joint.”