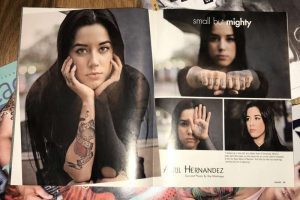 “I started as a cha-cha at a tattoo shop in Ensenada, Mexico,” joked April Hernandez, as she traces the art on her client’s shoulders at the 3er Expo Tattoo in Mexicali. “And little by little by watching, I learned the art of tattooing.”

April may be small in stature, but her unique designs speak a larger game.

“Arth Peralta is one of my teachers, and I owe my neo-traditional style to him.”  April has been tattooing for five years. Her career really took off when she moved to Tia Juana Tattoo and Piercing, located in the heart of Tijuana. This is where she trained under Arth to harness her skill.

The secret to April’s success as a tattoo artist is based on her progressive skill-set, as witnessed on her social media outlets. It’s where her clients can monitor her evolution as a traditional and neo-traditional artist. 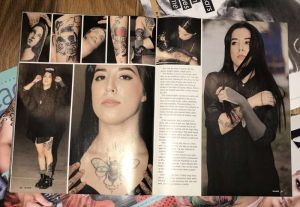 Her unique modesty and personal tattoo collection, along with a knack for fashion, help too.

At the exposition, April dressed in all black, with a meld of goth and high fashion. Her translucent top and sleeves hint at her surreal collection, starting with the Virgin Mary portrait on the inner bicep. “This black sleeve is my favorite tattoo, which was done by Luis Hidalgo.” A Salvador Dali portrait is evident on the opposite arm. “Then I have my cat, who also is a cholo, and I named him Yolo,” she says as she pulled down her gray socks. “He was tattooed by my coworker Sharky Hernandez.”

The 25-year-old artist remains cool while tattooing and being interviewed simultaneously. When asked about her inspiration as a tattoo artist, she responds: “Lorena Morato from Brazil is one of the artists that I like,” as she wraps up the final touches on her client’s custom piece.

April’s transition from a tattoo shop assistant to a renowned, professional artist within five years — is living testimony that with hard work, dreams can become a reality.

Written and photographed by Mike Madriaga for the Tattoo Savage/Tattoo magazines in 2015. 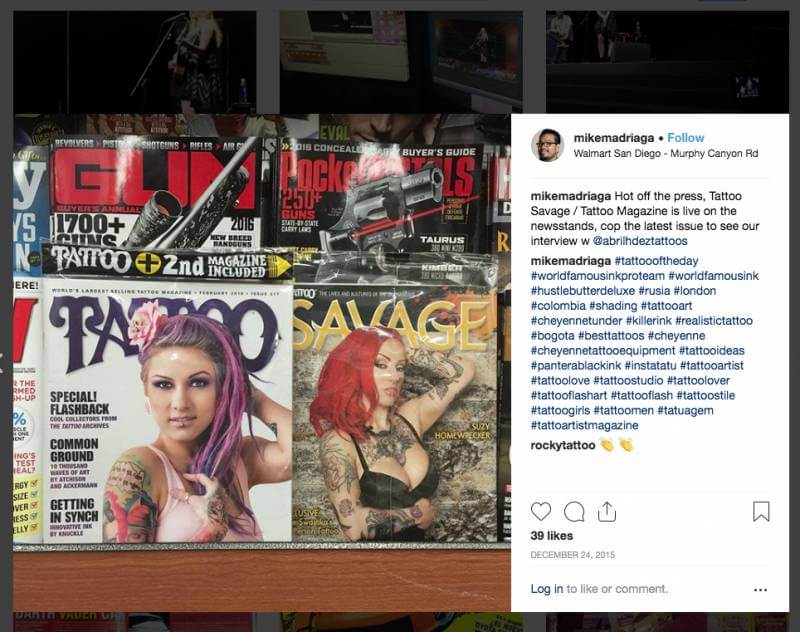 Tattoo Savage was sold on the newsstands with Tattoo magazine in 2016. 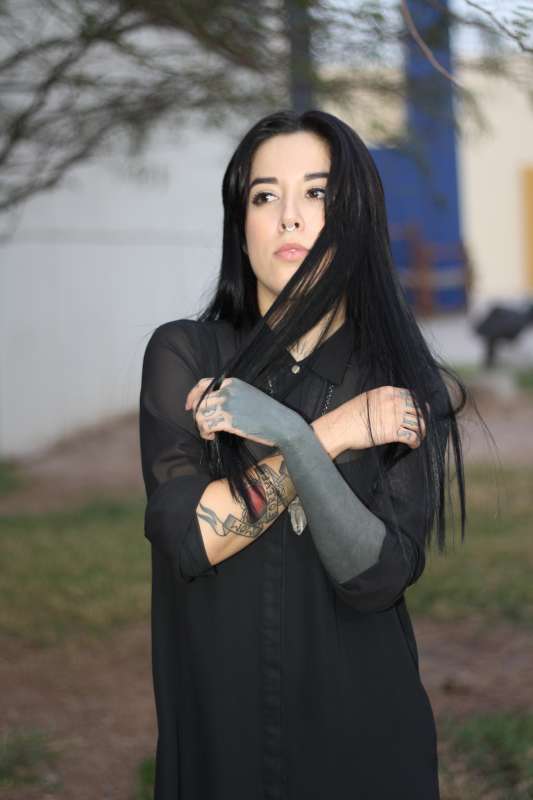 At the exposition, April is dressed in all black, with a meld of goth and high fashion. 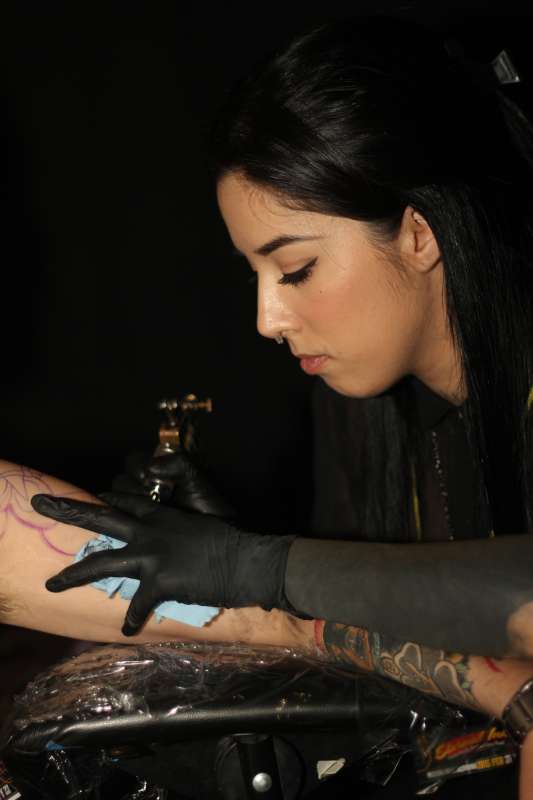 The 25-year-old artist remains cool while tattooing and being interviewed simultaneously. 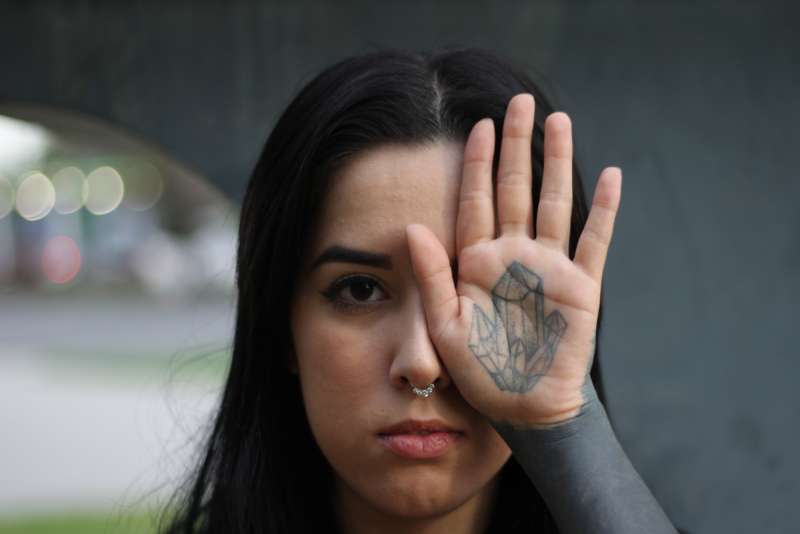 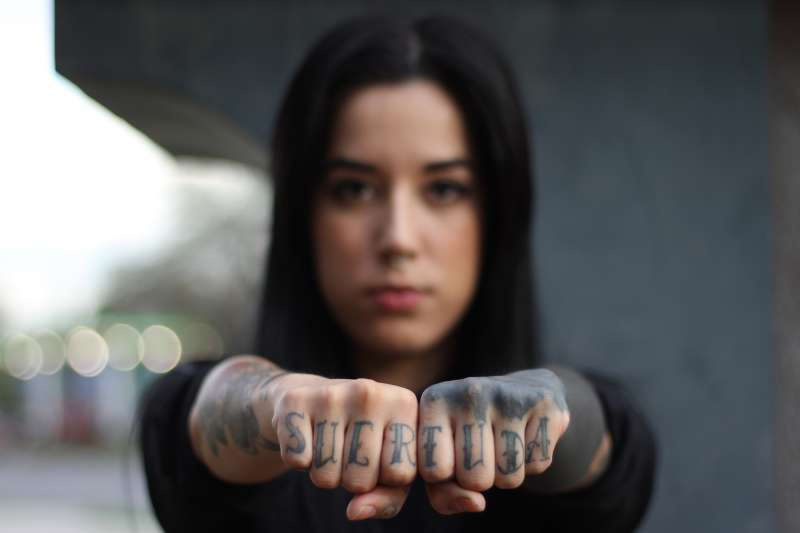 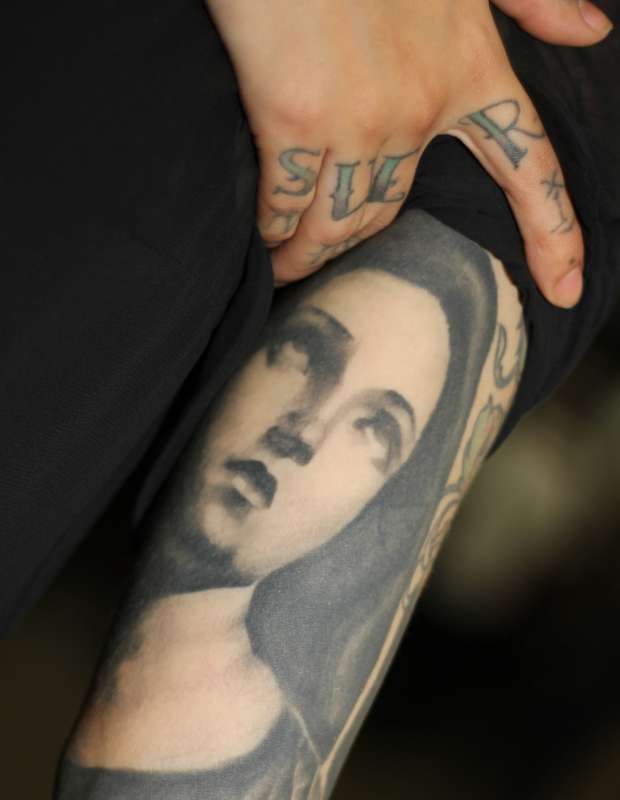 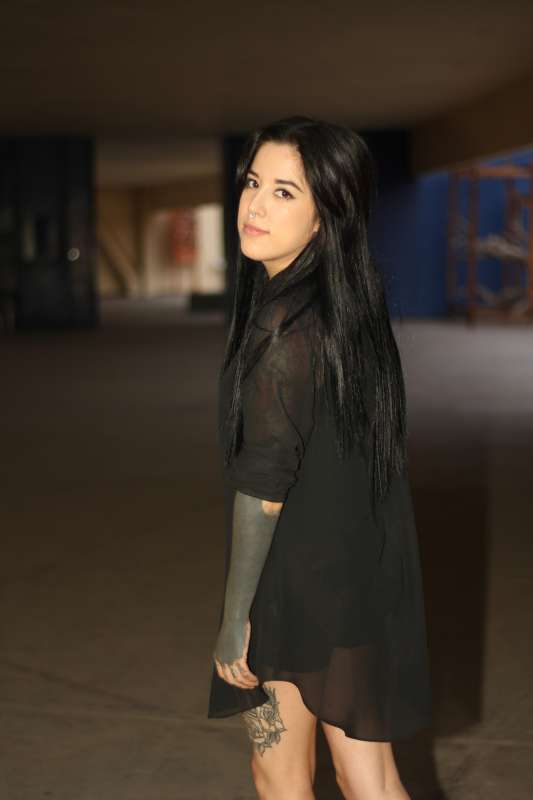 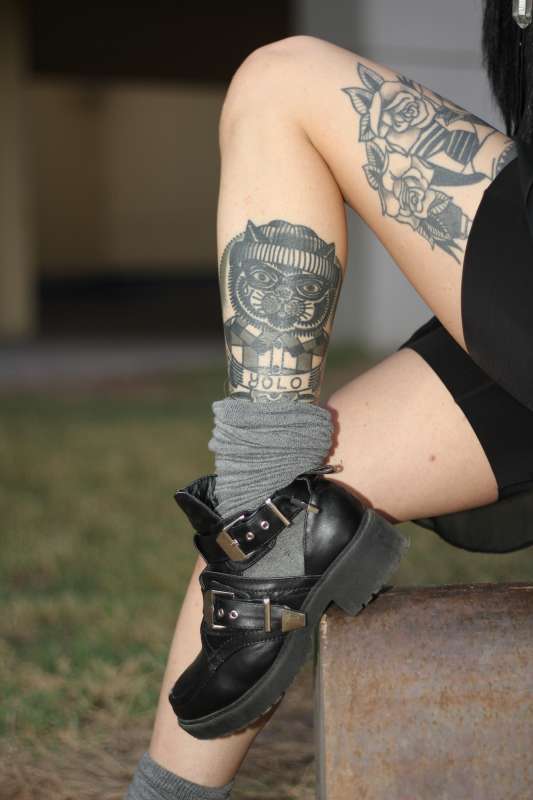 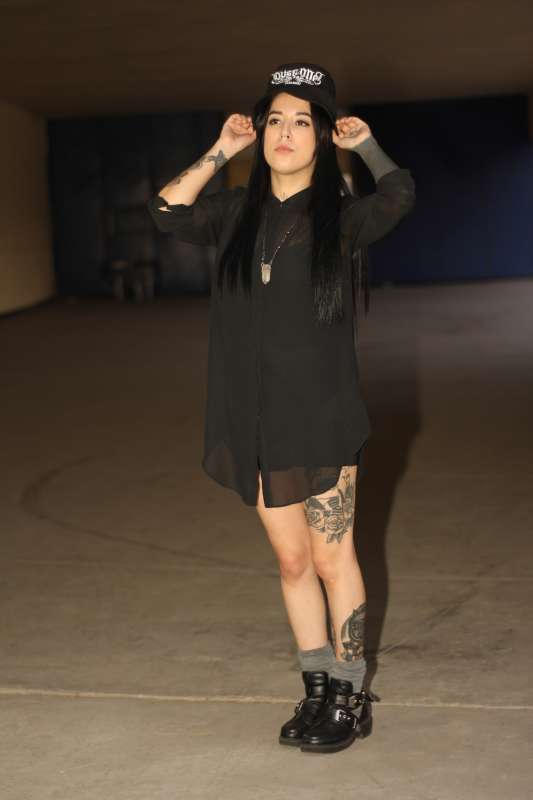 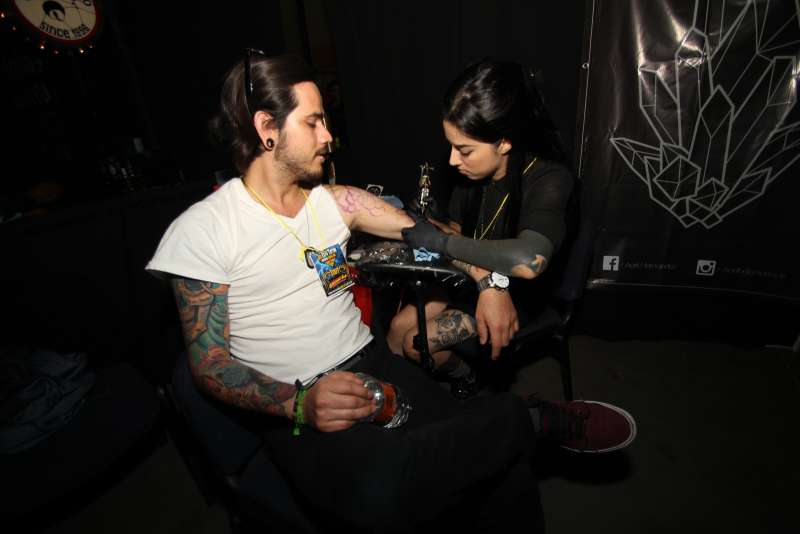