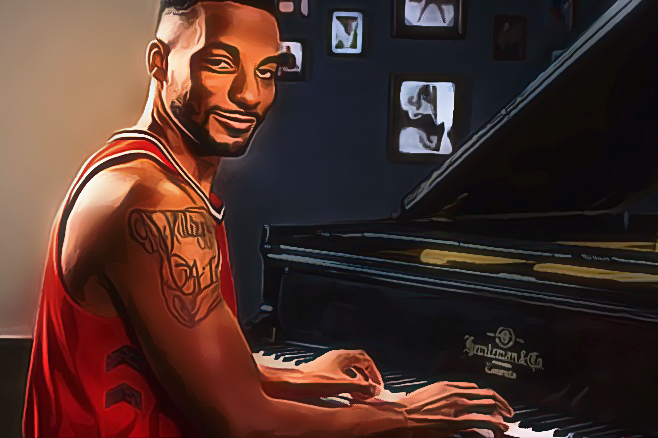 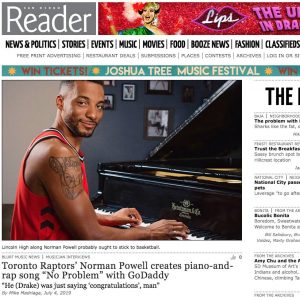 Hip-hop purveyor and journalist Gabe Rivera out of Ocean Beach remembers when small-forward Powell played at UCLA. “He was a constant threat to score and his athleticism stood out above all else to me,” he said. “Having players from San Diego make it big in the pros is not something new to us, though. America’s finest city has produced some of the finest athletes the world has seen.”

Even Drake, the Grammy award winning rapper hollered at Powell via Facetime after their 114-110 Game 6 win.

“He (Drake) was just saying ‘congratulations’, man,” said Powell, according to mainstream sports-news outlets. “He said the city is going nuts, they turned the CN (Canadian National) Tower gold for us. I know the city is shut down for us, and you can’t move or do anything in Toronto right now.”

“Drake might be the most annoying celebrity sports fan of all time, but it’s all for show,” Rivera said. “He’s like a clown dancing around on the sidelines. I’m just waiting for him to get smacked up by one of the players he antagonizes.”

In Game 1 of the finals, Drake and noted hot head Draymond Green from the Warriors, were seen ‘going at it’ at the end of the game.

Former SDSU Aztec Leonard, who scored 22 points against the Warriors in Game 6 and was named NBA Finals MVP, adores Drake. In 2018, he chose Drake’s Scorpion album as his top hip-hop album for the summer.

In 2017 Powell created a piano-and-rap song and “satirical” matching music video titled “No Problem” in collaboration with GoDaddy. “I’m a huge fan of athletes pursuing other avenues during their playing careers,” Riviera says, “but Powell should probably stick to basketball — he’s no Victor Oladipo.”

Since then, Powell’s music video has disappeared online but the Soundcloud track is still live.

Powell will be at Lincoln High School on August 3 to teach the Lincoln Heights and surrounding neighborhood kids how to shoot hoops and “understand the grind.”