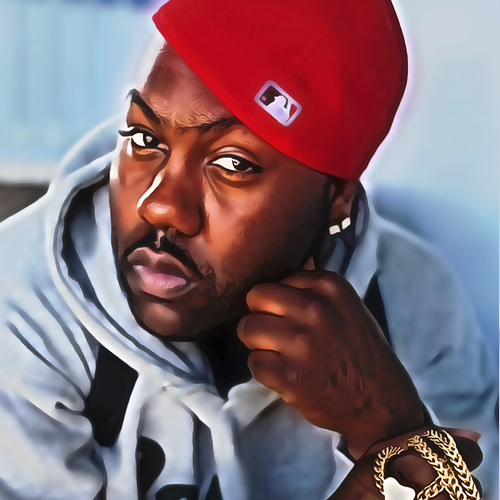 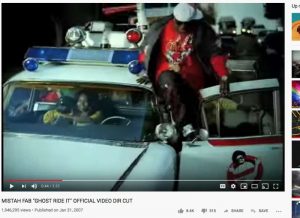 2006 video screenshot of Mistah Fab rapping on the hood

On April 20, Jonathan W. from Clairemont saw a Facebook photo of a teenager climbing out of the sunroof of a Mercedes-Benz W210 in Escondido, while the vehicle “was going fast up a hill.”

“They’ll do anything for a laugh,” Jonathan said, “the teen’s short a few brain cells and he doesn’t really understand the consequences of ‘ghost riding.'”

Ghost riding is the act of driving a vehicle and jumping out so it appears that a ghost is in the empty seat and controlling the steering wheel.

Last summer, the Kiki challenge, or the “In My Feelings challenge,” involved jumping out of a moving vehicle and dancing beside it to Drake’s In My Feelings song while the vehicle slowly coasted forward. Thousands around the world participated in the challenge and posted videos on their social media accounts; consequently some were injured as seen on the KiKi Challenge Fails Compilation [Try Not To Laugh Challenge] Best Fails 2018 YouTube video.

Nick N., a Mercedes-Benz customizer from the Oakland area, saw the photo of the Escondido teen.

“It’s probably some kid messing around,” he said. “I honestly don’t see anybody ghost riding their cars out here [in the Bay Area anymore]; more so of people doing donuts.”

Many say that ghost riding originated in Oakland sideshows and further popularized in 2006 when Mistah F.A.B., an Oakland “hyphy” rapper, jumped out of a car he was driving and made his way on the hood — in the Ghost Ride It music video. The vehicle, which resembled the Ecto-1 station wagon in the Ghostbusters franchise, kept rolling forward while Mistah F.A.B. stood and rapped on the hood while it seemed that nobody was driving. 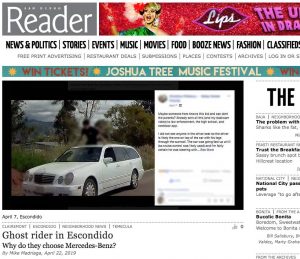 The original story was featured in the print edition of San Diego Reader on May 2, 2019.

On April 8, a day or two after the Escondido teen was videoed then screenshotted jumping out of the sunroof, Nick posted an Instagram video of his buddy John performing donuts/burnouts in his 313 wheel horsepower Mercedes Benz W210 AMG.

“Ghost riding in general kinda died, to be honest,” said John, whose name was changed for the article, “[it’s still] funny, but stupid.”

“The W210 is like the Honda Civic for Mercedes,” John responded, “they last long, look better, are comfortable, and drives amazing.”

Jonathan W. back in Clairemont agrees; he’s a Mercedes-Benz collector that owns 12 Benzos, one which is the same station wagon model driven by the Escondido teen.

“The trouble is that these kids see this stuff on YouTube,” Jonathan said, “and mimic it.” 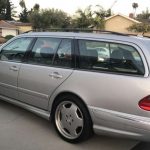 “There’s a famous [2018] video of a guy with a truck ghost riding in the middle of the desert and he’s outside of the truck on the running board.

“….. and the guy doing donuts while standing outside his car.”

Jonathan was referring to a video of a driver that was performing donuts in his BMW and while the vehicle circled, the driver opened his door and then stepped outside — while the BMW continued to circle around him.

“There’s some mad skills,” he said, “but they don’t have enough brain cells to fuel a rabbit.”

Last summer, about 28 miles north of Escondido, a “16-year-old was driving a 2007 Toyota Tundra in a rural housing development outside of Temecula, and placed the truck in neutral, got out and started running alongside it …. the teen tripped, fell under the truck and was run over,” according to the The Press-Enterprise news outlet.

“The teen was hospitalized with a collapsed lung, fractured shoulder, ruptured ear drums, and other abrasions.”

I reached out to the original poster of the screenshot/photo of the Escondido teen; as of presstime she did not reply. 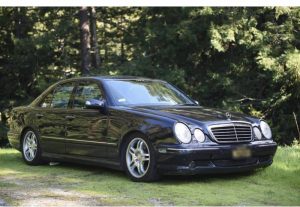