The 1981 song was the first mass-produced release that showcased scratching and beat juggling (or looping); both DJ techniques that fast forwarded the hip-hop culture and its turntablism sub genre.

Scratching is the sound produced by the turntable’s needle when the record underneath is moved back and forth by the DJ. On the six-minute track, Flash scratched with Chic’s Good Times record, then played the disco song’s famous bass line.

The original story was featured in the print edition of San Diego Reader on Oct. 3, 2019.

Beat juggling is done when a DJ loops a portion of a song by playing the same records on two turntables and sliding the mixer’s fader-control to hide sounds produced by the back-spinning of the record. About a minute or so into the “Wheels of Steel” track, Flash double looped the instrumental breakbeat of “Apache” by Michael Viner’s Incredible Bongo Band, then blended in Queen’s “Another One Bites the Dust.”

On the flip side, singer Debbie Harry of new wave-and-pop music group Blondie, rapped about Flash’s turntable prowess in the 1980 “Rapture” song: “…. DJs spinnin’ are savin’ my mind — Flash is fast, Flash is cool — Francois sez fas, Flashe’ no do — And you don’t stop, sure shot ….”

“Grandmaster Flash has had a huge influence on me,” says Neal Cunningham from Chula Vista. “It’s great to see him out there still doing shows, owning and loving his craft and promoting the culture to this day.”

Cunningham is a professional DJ and owner of NC Electronics, a DJ gear repair business. He’s been fixing turntables and mixers for the last seven years.

“General issues with turntables are worn out RCA cables, uncalibrated pitch mechanisms, busted tonearm gimbal bearings, and burnt out motor control chips,” he explained. “In my repairs, I fully disassemble the turntable and troubleshoot the unit as a whole to try and not miss a single issue.

“I get a lot of business from people spilling drinks inside of their DJ equipment,” Cunningham continues, “and not packing them right before moving them to gigs, and most importantly normal wear and tear.”

“What would you charge me to fix my dad’s old Technics turntable?” I asked Cunningham.

“A standard tune up is $150 per set (of two turntables),” he responded, “and I charge $75 to install tonearms; the tonearm itself is about $200-250 because Technics quit making them a couple years ago and they have become hard to find.” 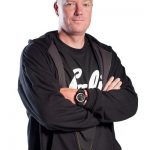 Neal Cunningham: “I get a lot of business from people spilling drinks inside of their DJ equipment.”

The advent of “scratching” apps may distract the post millenials from scratching with their parents and grandparents turntables and vinyl collections — as I infamously did in elementary school.

“Has the invention of the scratch DJ apps on smartphones affected your repair business?” I asked Cunningham.

“Not at all,” he responded. “I deal mostly with professionals, and to them those things are novelties. No one that I know would seriously use something like that for a paid gig.”