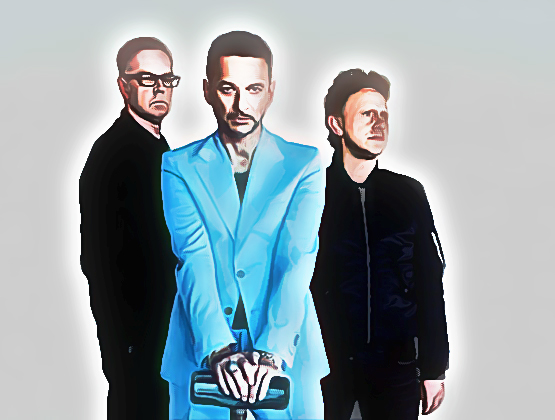 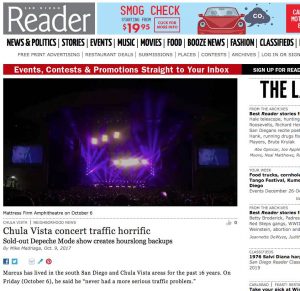 The original story was featured in the print edition of San Diego Reader on October 19, 2017.

Marcus has lived in the south San Diego and Chula Vista areas for the past 16 years. On Friday (October 6), he said he “never had a more serious traffic problem.”

He and many others were stuck in traffic by the 905 freeway for two to three hours due to a backup for the Depeche Mode concert at Mattress Firm Amphitheatre.

The concert was sold out at “full capacity [of] roughly 20,000,” according to “Jane,” a venue employee who wanted her name changed for the story. “One person made mention of the traffic to us,” she said, “[and] he mentioned that the traffic was backed up all the way to the freeway and that they parked in the first dirt lot [that] they could, just to hurry up and get in.”

Many other concertgoers who took the Heritage Road route were “leaving their cars near the junkyards and walking [1.4 miles],” Marcus said. “But [over] there is not a legal place to park, so they may have had a surprise when they returned, because I [saw a] tow truck in the distance.”

The 805 exit at Main Street was just as congested.

“The traffic going was horrific,” said Ron Pizarro, who came with his wife via the Brandywine Avenue route, which is less than a mile east of the 805/Main Street exit. He said that “there is always traffic at this venue and I felt it was a little heavier during this concert.” 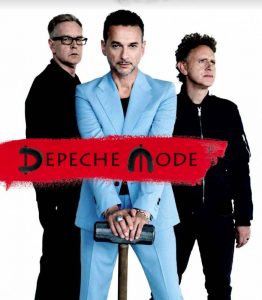 Katina LaFond is a 45-year-old social worker who spent $350 on tickets for her and her son. She came from the opposite side of the 805. “[This was] the worst experience in my life,” she said. “I was headed east on Main Street, then got diverted onto 805 [south],” LaFond said. “As soon as I got onto 805, tons of traffic and a huge backup [were] on Palm Avenue. Everyone was diverted to [northbound] 805 to get back onto Main Street [again, but] I decided to take 905 and go the ‘not so hidden’ back way.”

Some of the concertgoers who were stuck on the 805 and Main Street communicated their frustrations on Twitter and Nextdoor while sitting in traffic. “[I’ve] been in traffic for almost two hours,” posted one concertgoer on Facebook. “[It took] 1.5 hours to get 2.2 miles, wth [what the hell]? Where are [the] traffic cops?!”

Jane has been working at the venue for two years. She said, “Sold-out shows will always create a lot of traffic.” The event promoters had advised on Facebook, “Skip the traffic, get here early, and join us for Happy Hour 5:30-6:30 pm, select $4 beers and 50% off all food and non-alcoholic beverages!”

But many who were stuck in traffic and parked far away and walked didn’t make the 7:30 opening act Warpaint.

LaFond couldn’t walk as far because she had “a spinal cord injury with neurological damage to [her] lower half.” She has always gotten disabled parking when attending concerts at the venue, but a parking attendant “told me, ‘No, [the disabled parking spots] are full’ [and] I told him I’ve been sitting in traffic for over three hours, hurt badly, and have limited walking mobility. He said, ‘Tough, you should have gotten here at 3 p.m. to get parking [and] parking is a mile down that way. Good luck.’” 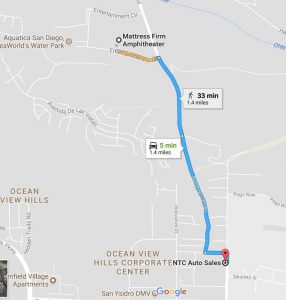 “Many other concertgoers who took the Heritage Road route were “leaving their cars near the junkyards and walking [1.4 miles].”

Other concertgoers were not too happy with Depeche Mode’s setlist because they played a lot of their newer music. One posted such sentiments on his social media: “You are an ’80s–’90s band [and] people came from across the border to see you and this was our reward,” he said. Then he listed the tracks that the band did not play this night, including “People are People,” “Behind the Wheel,” “Blasphemous Rumours,” “Just Can’t Get Enough,” “Master and Servant,” and “Strangelove.”

After the concert ended at about 11:15 p.m, many said that they were stuck in bumper-to-bumper traffic again.

Jane finished her shift at 1:00 a.m. and said there was still traffic.

LaFond, though, didn’t hit traffic on the way out. “I ended up needing to sleep for two hours in the car so I could actually drive home [because] my legs were not cooperating. I left the parking lot at 1:40 a.m. and got home in eight minutes.”