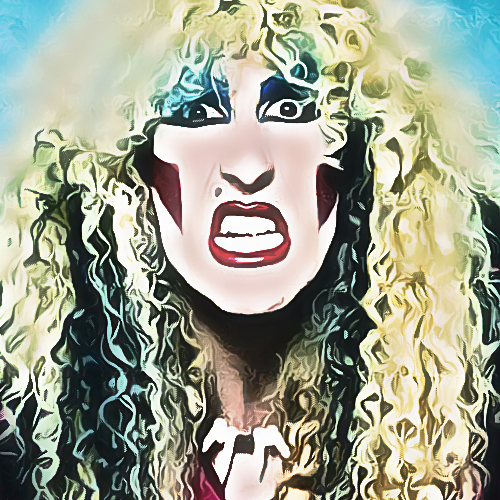 “I heard maybe seven F-words,” said Dillon. “It was Twisted Sister and it was like an intro or rant [by Dee Snider].”

Dillon is an employee at Folk Arts Rare Records on El Cajon Boulevard located two blocks west of the 805.

“Profanity in this day and age is not that big of a deal,” he said. “I think our society is no longer innocent in any way — I mean, look who our president is.”

According to the FCC: “profane content includes “grossly offensive” language that is considered a public nuisance …. Indecent and profane content are prohibited on broadcast TV and radio between 6 am and 10 pm, when there is a reasonable risk that children may be in the audience.”

“It would make me happy to know they were playing uncensored music because I am opposed to censorship as well,” said Charlie. “I think it’s great to finally have some musical diversity.”

Charlie, is a 40-year-old mathematics supervisor; he listens to the new 105.7 when he’s stuck in rush hour.

“The most memorable play I heard was ‘Miracles’ by Dave Gahan,” he said. “Today (April 2), some tracks that stood out to me included one song I had never heard by Joy Division, ‘Other Voices’ by The Cure, and ‘Justify My Love’ by Madonna …. I also find it so random and amusing that they always sprinkle Christopher Cross love ballads in the mix.”

After Max 105.7 “disappeared from the San Diego airwaves” because they were “delinquent in paying its annual transmitter fee” as reported in a December Reader article — unknown DJs began playing obscure 80s jams 24 hours a day. Many were songs that you’d likely find on the B-side of an album; a 12″ remix and long version of a popular 80s song …. or live performances as the “F-bomb” Twisted Sister cut that Dillon spoke about.

Brendan Boyle is the owner of Folk Arts Rare Records; he was a former DJ at his college radio station in Davis, California.

“Usually when I turn on to the airwaves,” he said, “I think of profanity even though profanity is not explicitly being said. It’s just corporate radio is garbage, and I consider it profane in itself.”

“Had that Twisted Sister song been caught by a FCC employee, what would happen?” I asked Boyle.

“A huge fine,” Boyle responded, “the rules are really loose where they’ll give certain radio stations a mulligan. I think with society becoming they way it is, they are much less stringent these days than they use to be.”

Another San Diego DJ who wanted to remain anonymous said: “It’s a gray area, bro. The antenna is in Mexico and if the [unknown] DJ that played that (Twisted Sister cut) is in Mexico as well — who are they (FCC) going to go after?”

Everyone that I spoke to regarding the new 105.7 adores the DJs’ music choices — despite the random political commercials.

“I have heard Mexican politics [commercials] but I really don’t care,” says Villatoro. “I honestly like the new mixes because it takes me back when I used to live in Tijuana and we’d listen to …. When in Rome, Kon Kan, and Morrissey.” 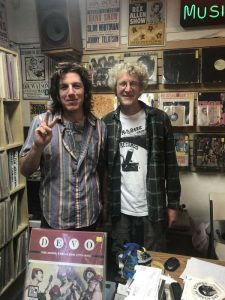 Brendan Boyle (on the right): “It’s just corporate radio is garbage, and I consider it profane in itself.”

“Being a music enthusiast, I strongly prefer the new format that plays a wider variety of music and often plays songs I have never heard before,” Charlie said. “I never know what I’m going to hear and I like that. Not to mention, there are next to no [political] commercials.”

The 105.7-FM radio station is owned by Tijuana businessman and politician Jaime Bonilla Valdez — who was elected in January as senator representing Baja California.