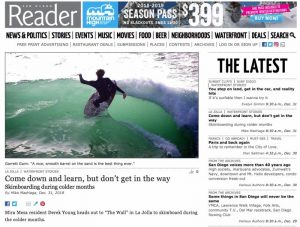 Mira Mesa resident Derek Young heads out to “The Wall” in La Jolla to skimboard during the colder months.

“The Wall,” also known as Wipeout Beach, has a great sider that pushes in the winter,” Young explains. “Here I love doing wraps into the barrel, which is when you start one direction heading out into the water, turn on the wave, and ride back to shore in the opposite direction. If the wave cooperates, your return to the shore can provide some brief barrel time.”

Young, a high school history teacher, has been skimboarding for about 16 years. “Many beginners start riding at flat beaches that don’t have shorebreak, but I would suggest going to a beach that has shorebreak and starting there — just make sure it’s a small day.”

Skimboarding is a boardsport. The participants utilize a skimboard which is like a smaller and finless surfboard, that’s used to glide across the water’s surface, meet with an incoming wave and then ridden back to shore. 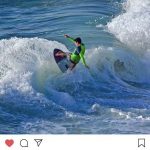 Photo of Derek by Juliana Beletsis

Carlsbad resident Garrett Gwin is a bartender by trade; he has been skimboarding for eight years. “A nice, smooth barrel on the sand is probably the best thing ever,” he said, “[and if you are a beginner,] spots like Pacific Beach and La Jolla Shores are great for learning how to skimboard.”

Gwin’s local skimboard network has about 35 skimmers from all skillsets; Young has about 100. “Don’t be afraid to come down and learn,” Gwin said. “Just don’t get in the way too much.” 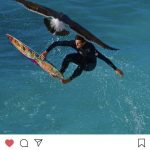 Photo of Derek by Juliana Beletsis

When the swells are good, Young performs body varials, “which are when you’re riding a wave, then you jump off your board and your body does a 180 and you land switch-stance but your board starts in the same position.

” … we used to throw little local “skimmer” competitions here in San Diego called “Skim Fiesta,” Young said, “but it’s been a few years since we’ve done so. Who knows, maybe we will revive the tradition.”

When it gets closer to summer — Windansea, Marine Street and Tamarack “will start to turn on with southern swells” — which is awesome for skimmers.

Published in the San Diego Reader on January 3, 2019 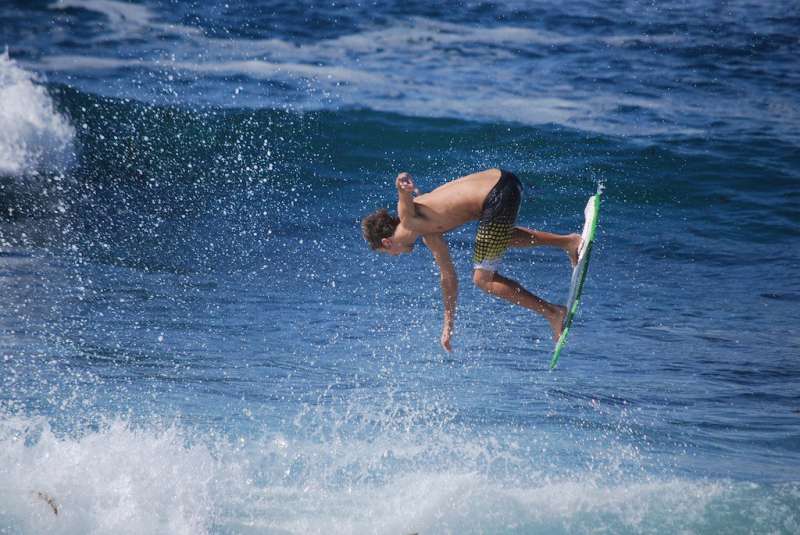 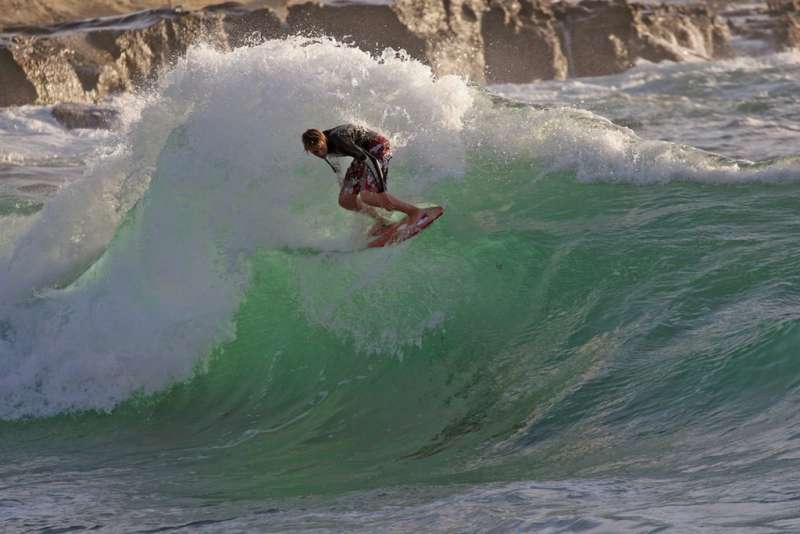 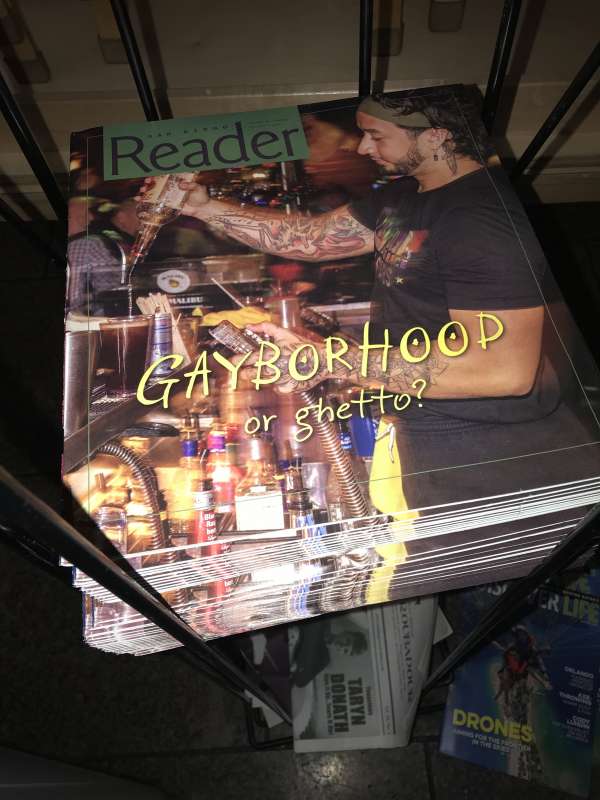 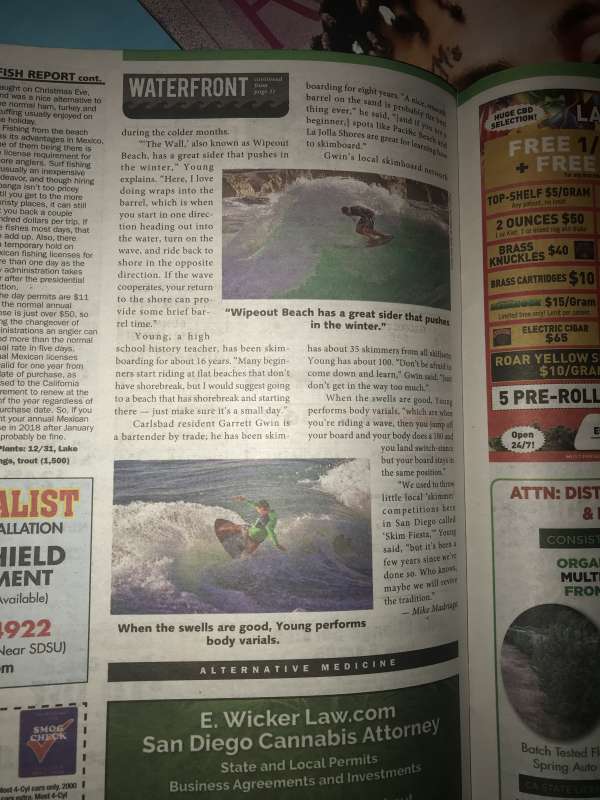