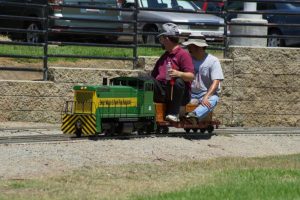 Lewis, the president of the Chula Vista Live Steamers, saw a Facebook post last week of the proposed redevelopment map of the land that his organization’s railroad tracks are laid on.

“We looked at the map and we didn’t see no train tracks,” Lewis said in an interview, “[and] we are kinda freaking out.”

After he saw the maps and plans on the ULI (Urban Land Institute) San Diego – Tijuana Technical Assistance Report, he attended the City of Chula Vista City Council meeting on November 7 at the council chambers at 276 4th Avenue.

Miguel Contreras is a 42-year-old realtor who lives within walking distance from the miniature railroad. “I grew up riding that train and I have beautiful childhood memories of Rohr Park,” he said. “The train doesn’t run as regularly as it did when I was a child but it is a nostalgic relic of days past.” 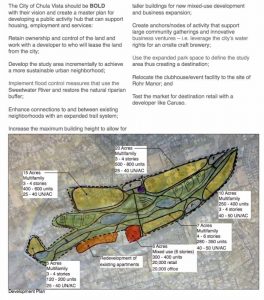 Lewis blamed the slower season on the heavy winter storm damage that “mangled up” some of their tracks. He said he and his volunteers give about 5000 train rides annually to the general public at no cost. One of the 1/8-scale locomotives runs on steam; the group also has other trains that run on electric batteries (like golf-cart motors) and gasoline motors with hydraulics.

“We have no clue what to do and where to move to [if the proposal comes true],” he said. “I’ve got 30 years tied up into this hobby [and] I have a full garage of stuff.”

Contreras studied the proposal carefully because if the plan becomes a reality, it would not only impact the park that he and his family walk, play, and ride the train at, but also the property values: average price for a single-family residence in the area is $715,000. The country vibes, Rohr Park, and the miniature train are selling points for Bonita. 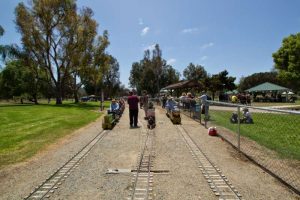 “I understand that there is concern about losing Rohr Park, although my understanding is that the land the park sits on was deeded to the city to be used solely as a park; thus, canceling out the park and changing the use of that land would be a huge legal battle. Additionally, the current ULI study recommends transitioning the golf course into a park; thus the area would gain some park square footage — something the city should consider irrespective of the ULI study.”

The study shows a map with large multifamily complexes that will contain up to 2000 units and six acres designated for 40,000 square feet of office and retail space — which will all be surrounding what’s left of Rohr Park and the foregone golf course.

City of Chula Vista city manager Gary Halbert said, “…[L]ast year, knowing that the golf course has been very much an underperforming asset, one of the things we looked at was asking the Urban Land Institute to do an unconstrained analysis of what would you do…with the park [and] with the golf course, and from that they did come back with a proposal.” 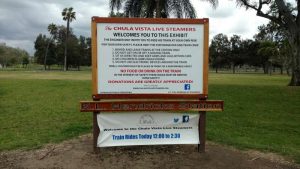 Lewis and almost all of the residents on the social media feeds were relieved to hear about this.

“The [Chula Vista Live] Steamers is a well-kept secret in Chula Vista and it shouldn’t be a well-kept secret,” said mayor Mary Salas, “because I know that when my children were little they rode on the trains, and when my grandchildren were little they rode on the trains, too. We hope that you continue [for] many, many more years of success there. And I think it’s time for another train festival, myself.”

The Steamers club runs on donations ($3000 on a good year) from the general public or out of some of the 20 members’ own pockets. Most of the equipment, including the locomotive unit, the cars, and the tracks, are made and maintained by the members. 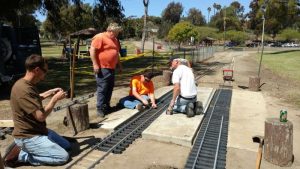 The railroaders run on donations and what’s in their pockets.

“We are not rich people, but people with the desire to build and operate working model trains,” Lewis said. “This Saturday and Sunday [November 11–12] is run day from 12 till 3 [and] we will be giving rides and having fun. Come on out to Rohr and enjoy your park.”