They spend thousands on Nike on Market Street; not too much burning here 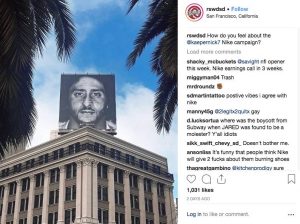 Rowley said this post was his most active on the social media platform.

On September 5, Dante Rowley from Golden Hill posted an Instagram photo of the billboard that sits atop the Nike store in San Francisco. He captioned it: “How do you feel about the @kaepernick7 Nike campaign?” The post garnered over 1000 likes.

Rowley, a 32-year-old owner of the Rosewood San Diego sneaker and clothing shop on Market Street between 8th and 9th avenues, said this post was his most active on the social media platform — more so than his post about when he sold a pair of Oregon Duck Jordan IV sneakers for over $10,000.

The Nike billboard is a black and white portrait of Colin Kaepernick, and reads: “Believe in something. Even if it means sacrificing everything.” Then towards the bottom, there’s a Nike Swoosh insignia followed by the 30-year-old company slogan: “Just do it.”

“Dumb publicity stunt,” commented one follower; another said: “I’m so upset that I’m going to buy Nike only to burn it later.”

Most of the comments on Rowley’s post although were supportive of the endorsement by the mega-brand of “Kap,” the former San Francisco 49ers’ quarterback who knelt during the national anthem before the football games.

“There’s people that are offended by it and I think they don’t understand that it’s not really about the troops or the flag,” Rowley said, “it’s about police brutality …. and those same people weren’t really buying that much Nike stuff anyways.” 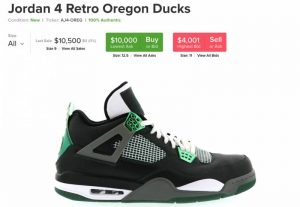 Rowley’s been collecting sneakers for 20-plus years and his personal collection at one time was so massive, that it provided him with a different pair of “kicks” for everyday of the year. His shop has over a thousand pairs of sneakers available for sale.

On September 7 I strolled to Rowley’s store.

“I actually think it’s pretty good for Nike because they are kinda planning long term for it,” he said. “They are not really worried about losing customers right now and they are betting on the younger generation being more open to everything.”

Grayson, an 18-year-old employee of the store and “sneakerhead” collector for three years — agrees. “Sometimes people come in here and spend a couple of thousand dollars on Nike at once,” he said. 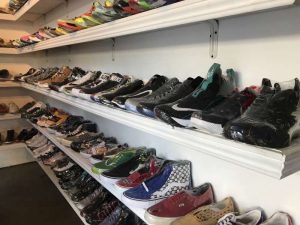 When we all spoke, the Nike stock-exchange price fell about three percent since the controversial ad ran just days prior on Labor Day and then online videos surfaced of Nike owners burning their sneakers and purposely removing or destroying the swooshes on their garments — in response to the Nike/Kaepernick collab.

“I don’t think that California would be a state that would partake in burning [Nike merchandise],” Rowley said. “I know we are a military town, so there might be some people that might think of maybe doing it, but all off the burning and damaging of the Nike product that I’ve seen, it’s been someone in the midwest or in the south.”

“Those are sneakers that you bought and you are destroying them?” Grayson questioned. “Most of the stuff they are burning are cheap-like and random Nike running shoes.”

While I spoke with the two, Grayson was ringing up a customer for a pair of Pirate Black Yeezys made by adidas (some Yeezys were designed by rapper Kanye West). “They were size 8K,” he said, “like a baby (toddler) size for $225 ….. we sell certain adult versions of the Yeezys for more than a thousand dollars.”

“Like when Kanye West said the “slavery was a choice” thing recently,” Rowley said, “that kinda affected people’s views on adidas, but it hasn’t affected their sales and the sneakers still sell out.” 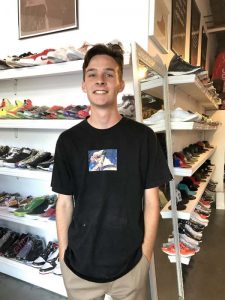 Grayson: “Sometimes people come in here and spend a couple of thousand dollars on Nike.”

On September 9, Edison Trends, “a trusted source for business news and in depth research analysis,” reported an increase in Nike sales: “This past Labor Day there was speculation that Nike’s Colin Kaepernick ad campaign could lead to a drop in sales. Edison Trends investigated the sales over the holiday and its research, at this point, does not seem to support that theory. In fact, Nike sales grew 31 percent from Sunday through Tuesday over Labor Day this year, besting 2017’s comparative 17 percent increase.”

Rowley’s hoping for a 31 percent increase in sneaker sales at his store as well because in July his store was burglarized at 4 am.

“[They] took about $50,000 worth of clothing and shoes and we don’t know what’s been recovered yet because the police is going to use it as evidence.

“I had to go in today to make price points to explain why the items are worth so much and I explained to him and showed him other stores and websites that sell similar items.

“The most expensive item stolen was a Jordan 1 off-white Chicago and that goes for about $2500. The insurance is going to cover the stuff.” 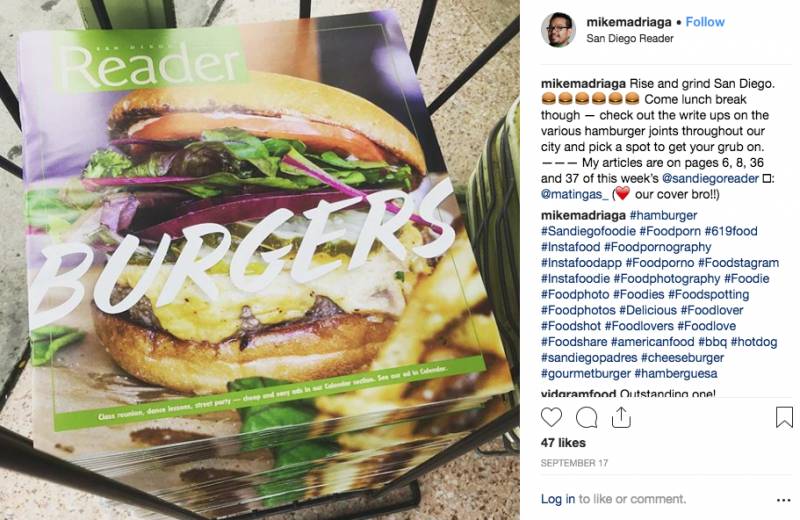 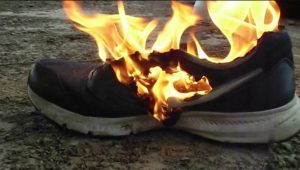 “Dumb publicity stunt,” commented one follower; another said: “I’m so upset that I’m going to buy Nike only to burn it later.”