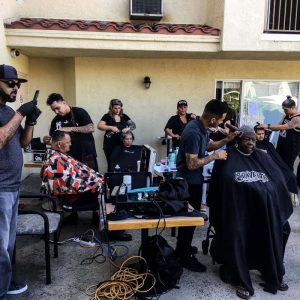 “I do think the elderly [people here] are in need,” said Brooke Ortiz. “There were people that lived [at Southern Highland] that said this was the best day they have ever had.”

Ortiz is a 28-year-old hair stylist who met up with her boss, Raquel Cortez (part-owner of Rico’s on 3rd beauty salon), and about ten other barbers, hair-stylists, makeup artists, and manicurists on October 14 at the assisted-living facility for seniors located at 2525 Highland Avenue in National City. Together they pampered the residents with their services at the “Age-Less Beauty” gathering, free of charge.

“That’s crazy to me,” Ortiz said. “[The elderly women] were just all telling us how cool it was that there was all of this food and music, and they were dancing around just being very thankful that we were there [and] all the ladies kept talking about how handsome the barbers were. [It was] so cute!”

Justino Alarcon is a 39-year-old co-owner of the Locker Room Barbershop in Chula Vista. He took two of his barbers, José and Abraham, and they did nine makeovers that included a haircut, a shave, and mustache/facial hair grooming. “One was married for 56 years and his wife stood by and watched every detail of the cut,” he said.

“One senior said that it really felt good to actually have a real stylist cut their hair,” said Ruben Torres, “because they were so used to cutting their own hair.” 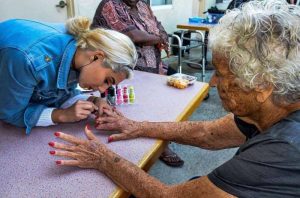 Torres and his wife Rosa, who works at the Southern Highland facility, organized the day of styling. This wasn’t their first time helping the residents.

“After hearing story after story about neglect from [some of the elderly residents’] families and the lack of food and essentials for living,” Torres said, “we couldn’t just stand by and not do anything about it.”

Eight months ago, Torres and his Love Thy Neighbor Movement organization joined forces with the South Bay Community Church and Debra Childers of Feeding the Flock ministry, to provide the seniors with complimentary food on a weekly basis.

Last Saturday, though, was a different type of outreach. 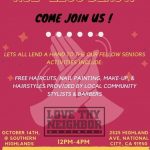 “How cool would it be if we just pampered our elders for a day,” Torres said. “[Rosa loved the idea] and we started to plan.” Their three kids helped with the cause as well. “Vienna [17] was the one painting nails, and Benicio [15] and our youngest daughter Gianni [13] were serving food and cleaning up,” he said.

El Pollo Grill fed everyone with a complimentary lunch and some local high-schoolers brought the pastry desserts.

A local artist, Birdie Gutierrez, donated 35 pairs of handmade earrings that she made herself, which complemented the new hairdos, facial makeup and donated outfits and jewelry from Childers. Josh Garcia, a professional photographer, then took photos of the residents after they got their makeovers.

“We want people to not only look good but feel good about themselves,” said Ortiz. “Why has it only been one time? We do need to change this [and do this more often].”

Torres said he aims to reach out to more elderly communities in need. 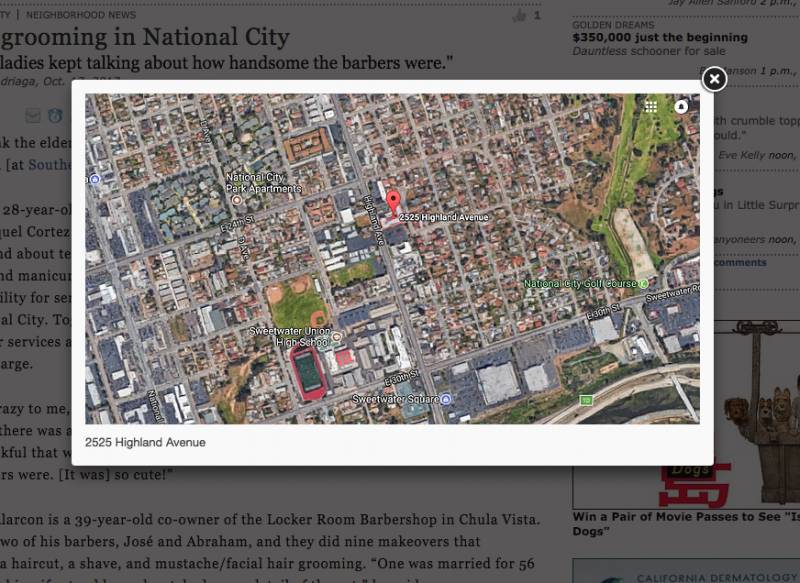