San Diego City College Police say efforts to make the college safer through the use of a smartphone application called LiveSafe have been successful since its introduction in 2016.

The app, which can be downloaded on your smartphone or tablet, is a multi-purpose application that connects the police department to students, faculty and staff. It is also a safety monitor which allows people to report suspicious activity or safety concerns with a click of a “report tips” button.

As of March 14, the LiveSafe app has garnered one-arrest from the 807 registered users from City College, said Lt. Lou Zizzo, from the San Diego Community College District Police Department.  He added that City College has participated with the app since last August, and because of the app, his department has received an additional 47 tips, 18 emergencies and 130 requests for safety walks (escorts).

A nursing student, Aisha Molina, said she recently downloaded the app. She recalls the Diana Gonzalez murder on campus in 2010. “I was in my Trigonometry class when that happened and I still worry when I have class at night. It’s dark in certain areas and this (app) will be extremely beneficial.”

Molina specifically referred to the SafeWalk function – which allows the police to virtually walk the user (via direct communication and GPS coordinates) – from point A to point B.

“Instant emergency help with location sharing” is another feature that can speed up the process of the emergency responders. “The app has been a positive addition to the way that we can provide service to our students, faculty, and staff,” Zizzo said. “The more tools we have only makes our job that much easier.” 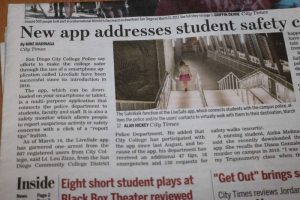 June Cressy downloaded the app. She has been working at City College for 28 years and is the C-CERT (Campus Community Emergency Response Teams) captain on campus. “We have a police force but they cannot be everywhere at once, and particularly in the event of an active shooter situation,” Cressy said, “we must do what we can to save as many as we can with the tools we have learned to use.”

The app has additional resources and emergency plans for “ultimate preparation,” and contains a feature to “targeted mass notifications to update students, faculty and staff during emergency situations,” says the website.

“I do think it is a game changer because it is instant communication with our police that enables individuals, anonymously, if they feel it necessary, to communicate via text or photo or video through live feed,” said Cressy, “so that they know where you are in the event of a situation where you cannot speak without being endangered.”

Zizzo said that one tip from the app lead to an arrest.  It was for a transient that was passed out and intoxicated out at the front lawn area of the campus (near Park Boulevard).

“City College is the only college in the district to use the app, thanks to our VP of Administrative Services, Seher Awan – she really spearheaded the effort to get it,” Zizzo said.  I’m sure that after they see the success of LiveSafe, the other campuses will follow.” 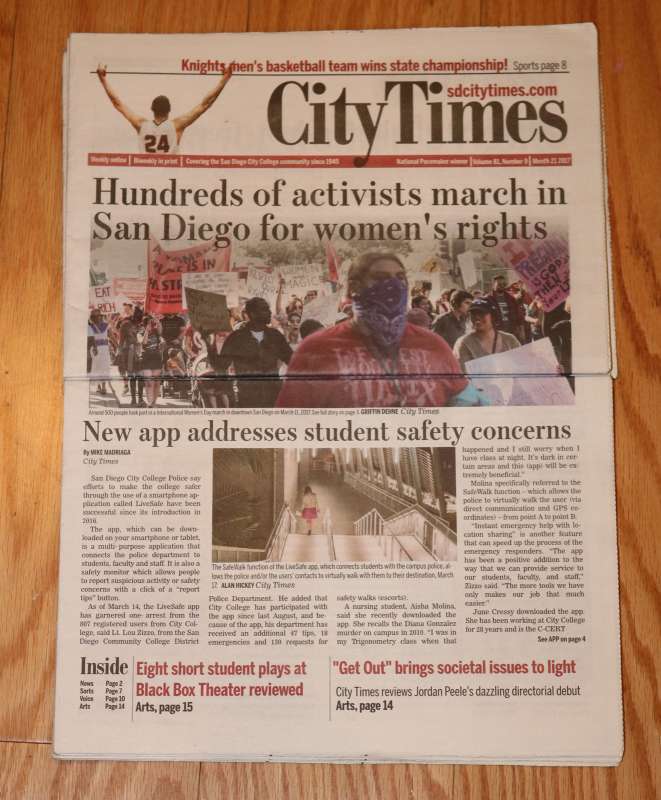