Friday the 13th run on tattoos 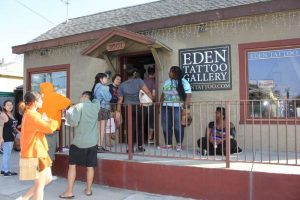 Eden (corner of 30th Street and Madison Avenue) had hundreds of people come by for discount tattoos.

Tattoo shops across San Diego (and nationally) had lines outside their doors on Friday the 13th, the “Black Friday” for tattoo collectors because certain parlors discount their “flash” designs for $13.

Some people in line left while they had their friends save their spot. Others weren’t as patient, despite the complimentary donuts.

“[We] picked this [tattoo shop] because it opened at 11:00 a.m.,” said Karen who was up next in line at 3:45. “I’m getting a Scary Teddy from the Nightmare Before Christmas and a little boat from [the movie] It.” 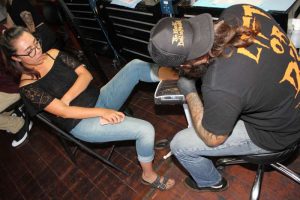 Matty Butler working on a teapot

Matty Butler was inside the shop tattooing a teapot on a customer’s ankle. “I’m a big nerd and love Star Wars and Dragon Ball Z,” he said, “[but] the Science [the Candy Corn] rat from Adventure Time is a popular design today.”

Butler has been tattooing for seven years and he specializes in both custom tattooing and neo-traditional (styles).

“At this shop we specialize in custom tattoos [and] we don’t carry any flash,” Sirot said. “The only flash we have is for Friday the 13th when we revert back to old-school.”

“Flash” is the pre-designed tattoo art that’s usually plastered on the walls and in binders at tattoo shops; customers choose the design they want. At the front of Sirot’s shop there was a display board of flash art that the artists created. Each piece measured about two to three inches and cost $13 “plus a $20 [mandatory] tip towards the artist for their supplies.” 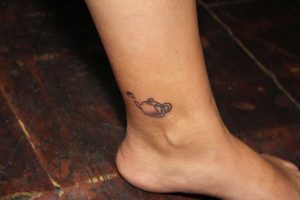 Less than a mile south from Sirot’s shop is Big City Tattoo, Inc., which is next door to the now-closed Thrift Trader on El Cajon Boulevard. They were offering Friday the 13th specials but with a $7 mandatory tip. There were about 15 people waiting outside.

In Cherokee Point, at Pop’s Tattoos, Sergio Hernandez was charging a flat rate of $40 for his flash pieces. “These tattoos that we are doing would cost twice as much as that,” he said, “and all of the designs that I did, none of them have [the number] ’13’ on them.” There were about 15 people waiting outside of his shop at 3717 University Avenue and he had 50 people on his waiting list.

Many customers request the number 13 tattoo to signify this day, but extra art costs more money. In a recent VICE article, they gave credit to Oliver Peck from Elm St. Tattoo in Dallas as one of the “kickstarters” for this day. He “threw his first big Friday the 13th shindig in 1995 at the now-shuttered Pair O’ Dice shop in Dallas.” 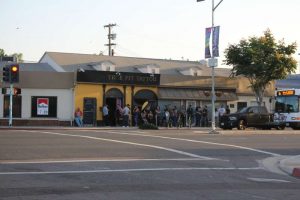 Further east on El Cajon Boulevard, past San Diego State University, there were about 20 tattoo customers waiting outside of True Fit Tattoo. “I’m getting a banana because it reminds me of an album cover,” said Ricky. He sings and plays guitar for the Electric Healing Sound band and already has a lot of tattoos on both of his arms.

Tomas Archuleta has been the owner of True Fit for four years. He said that “it’s been like this [busy] since ten this morning” and he had people leave their numbers and put them on a list, but not everyone answered their phones. “I’m sorry they got skipped but everyone that we have [contacted], they are all here,” he said. 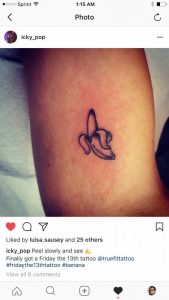 Archuleta charges $200 an hour for custom work, but this day he charged $13 for flash pieces and tips were not mandatory. “We never ask for a tip,” he said.

By 5:30 p.m., his shop performed about 85 tattoos and they had another 50 on his waiting list. His first customer came in at 8 a.m., and “today was his birthday and he got a Jason [of Friday the 13th movie fame] with the cross knives. It was a bigger piece so it was more [expensive].” 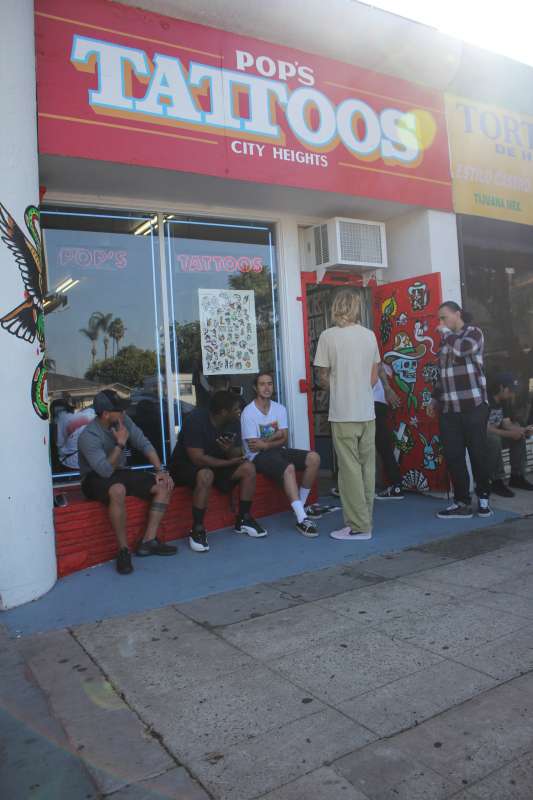 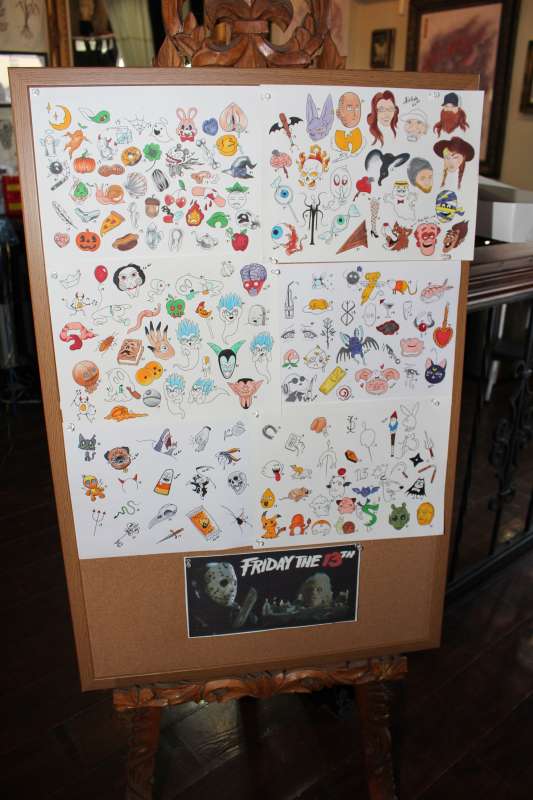 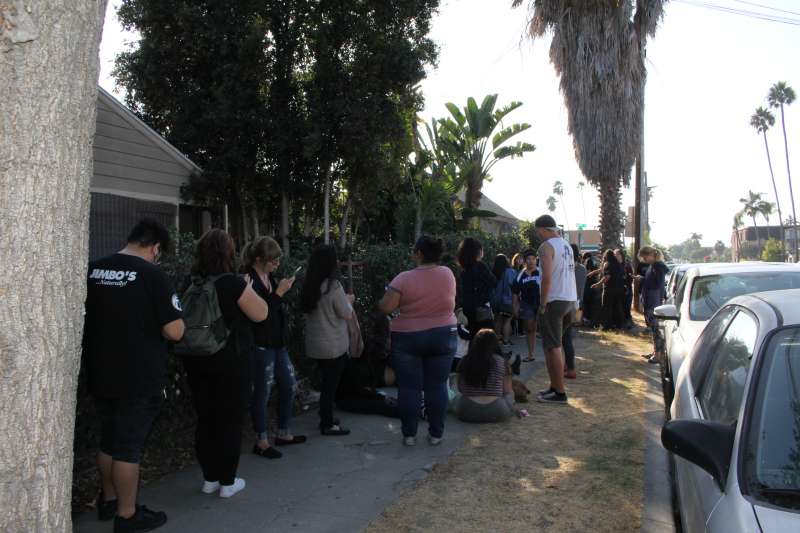 The line waiting to get into Eden Tattoo Gallery 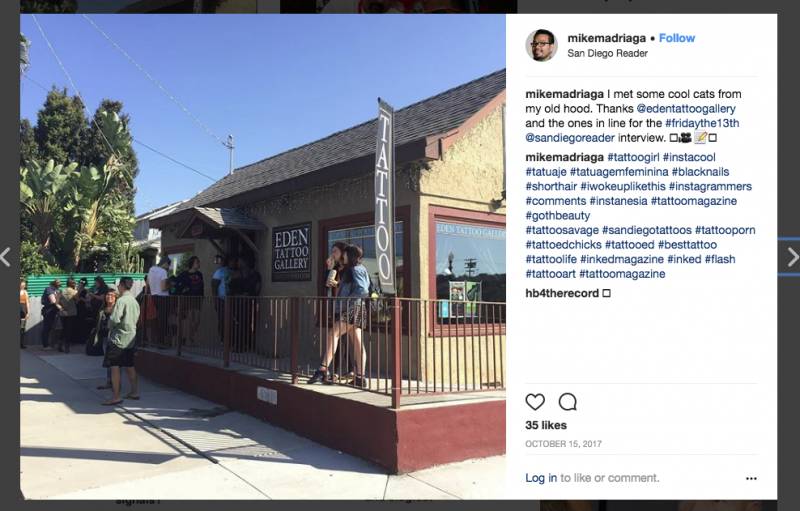