Cyanide in my pasalubong 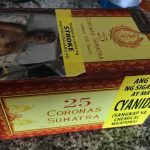 In 2014, Benigno S. Aquino III, the former president of the Philippines, signed a new graphic-health-warning bill into law.

“Trip out on this, bro,” Ed said as he pulled out a Coronas Sumatra cigar box that was labeled with “stroke” on the front and “cyanide” on the side. On February 4, we were at a pre–Super Bowl party in University City sipping on some brews and cooking up some pulutan (Filipino for munchies that complement beer and liquor).

We both quit smoking yosis (cigarettes) a while ago. Although for cigars, I make an exception — most of the time.

“It’s cool,” he said. “They are over-exaggerating. All of the [cigarette and cigar products] in the Philippines have these labels on them.”

About 99 percent of the time I trust my cousin Ed’s judgment because we go way back. Before he took over his boss’s business in the late 1990s, a pack of cigarettes cost us $4 and some change; we quit when they hit $5. He introduced me to the world of cigar-smoking a couple of years ago at our aunt’s karaoke party in Paradise Hills. 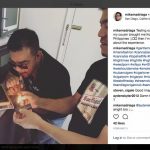 “Take a drag, bro,” he persisted. I then grabbed the eight-inch cigar with a red label affixed to it and blew into it, to light up the cherry.

A Cohiba or a Don Julio cigar is what I’m used to seeing when he busts out his portable humidor. This box with a photo of a sickly looking Filipino man and a tube running into him and tagalog text that translates to “smoking causes strokes” and an equally large sticker on the side of the box that translates to “smoke from cigarettes has cyanide (an ingredient in chemical weapons)” scared the crap out of me.

“Take a drag, bro,” he persisted. I then grabbed the eight-inch cigar with a red label affixed to it and blew into it, to light up the cherry. I pretended to blow smoke rings away from us and nothing came out. We both had a good buzz from the San Miguel beer — so he couldn’t tell I was faking.

“I bought this box from a guy named Renato in the SM Mall of Asia in Manila,” Ed said. “I paid about 2100 pesos [$40] for 25 cigars.” He and his family came back in January from a vacation there, and as a Filipino tradition, we bring back goodies for our loved ones. I’m used to my peeps bringing me polvoron, which is a hardened-powder candy treat and adobo-flavored peanuts. The cigars, though, were my first man-cave-appropriate pasalubong (swag from another country).

“I bought this box from a guy named Renato in the SM Mall of Asia in Manila,” Ed said.

I knew he was going to peer-pressure me again. “Pare, I gotta hit the bathroom,” I said. I then put my hands in a prayer position, bowed my head, and excused myself.

Earlier, I crept on Facebook, found Renato’s profile (the cigar vendor), and added him. We then instant-messaged each other in tagalog as I hid in the bathroom.

“If there is a warning on the box are you sure it’s okay to smoke?” I asked.

He responded, “It’s not as bad as cigarettes because you don’t inhale cigars.”

Renato also customized cigar boxes at his spot, which is next to the Barong Tagalog shirt section. “Here in the Philippines, all of the cigarettes [and cigar] packages have warnings on them,” he said. “The government made [the tobacco companies] do this.” 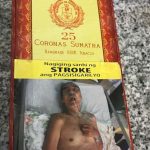 The law in the Philippines requires warnings on the bottom 50 percent of the front and back of tobacco packages, and a ban on misleading descriptors.

In 2014, Benigno S. Aquino III, the former president of the Philippines, signed a new graphic-health-warning bill into law. The law requires warnings on the bottom 50 percent of the front and back of tobacco packages, and a ban on misleading descriptors.

On their government website, there are about 11 other tobacco warning stickers. After seeing the photos of the gangrene-infected foot and a man with an inflated neck, the photo on our cigar box didn’t look so intimidating.

I came out of the bathroom confident and smoked the cigar with my cousin. It was a decent smoke with a medium blend and the draw of the smoke was cool.

The next day I visited some of the cigar shops in North Park and City Heights to see if any of the store employees would smoke my Filipino cigars. Every cigar aficionado that I approached declined to smoke the cigars with the warnings on the box, except for Web, one of the managers in SD Smoke Shop at 3146 El Cajon Boulevard.

“Sometimes stuff like that is a reverse-psychology thing,” he said. “I’ll smoke that.” 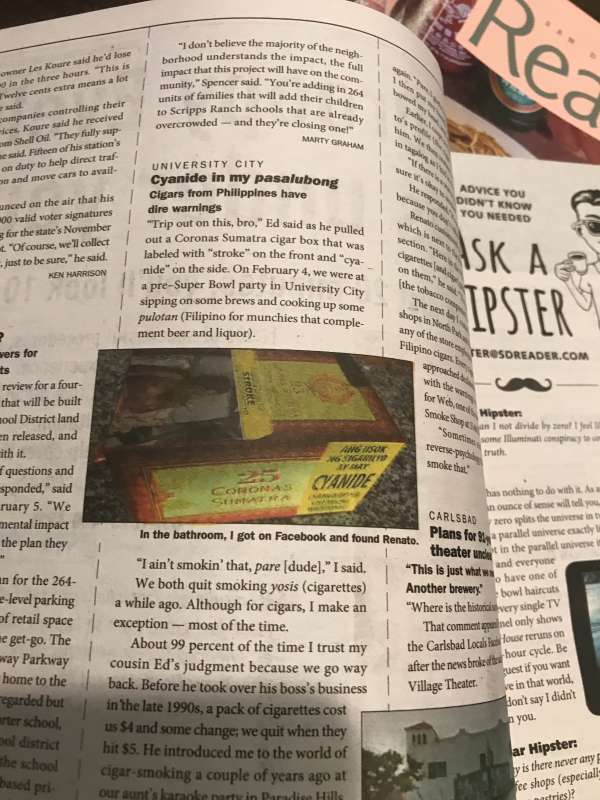 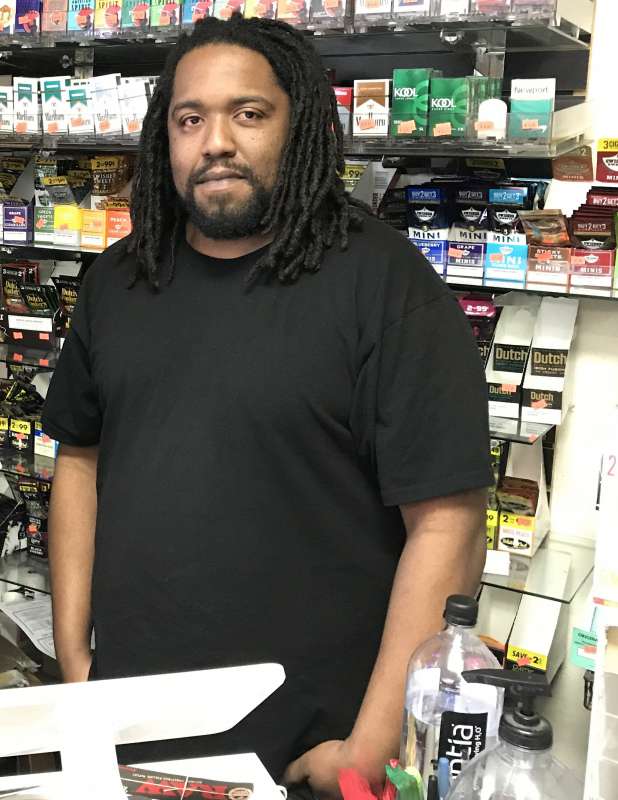 “Sometimes stuff like that is a reverse-psychology thing,” Web said. “I’ll smoke that.”