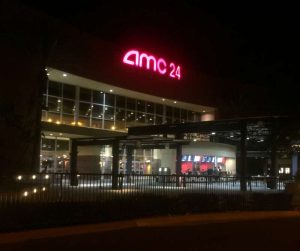 JR has been working at the AMC theater on Dennery Road for almost six years. On Monday (October 9) he dispelled the rumor that the IMAX section of the AMC Classic Palm Promenade 24 theater complex would be demolished.

“If anything, we are trying to get a Dolby [version of the] IMAX theater [here],” he said, “like the one in Plaza Bonita.”

Some theatergoers concluded that the IMAX portion of the structure was being torn down after an October 3rd City of San Diego Notice of Application was released that stated an application had been filed for the demolition of 27,605 square feet of the northern wing of the existing AMC theater and the construction of 72,735 square feet of new commercial space at 770 Dennery Road.

“Eighteen [to] 20-year-old ushers losing jobs to that lousy, run-down IMAX in Tijuana,” posted a moviegoer on his social media. “Someone needs to contact the manager and start getting some answers right away.”

Though the IMAX theater is located on the north side of the complex, theater manager JR assured that, “Everything that people [have] been seeing in the last two or three years is going to stay like this.” The demolition permit is for regular theaters that have already been closed.

The idea of the IMAX theater closing perhaps struck a nerve because this particular theater “charges $10.49 for the regular IMAX and $11.49 for the 3D IMAX,” JR said, “which is the cheapest in town compared to $16 to $19 in other locations.”

“Back in the day [2012] this [location] actually was the slowest theater in the market,” he said, “and they were going to close down the theater.” Instead they closed 10 of the 24 auditoriums and dropped the ticket prices across the board. Business picked up. He says the theater is ranked “the fourth busiest AMC” in the county. 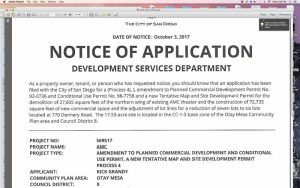 “From my view, the theater doesn’t generate much in the way of employment or revenue for the community,” said Michael Freedman. “The AMC is mostly a shell building and most of the 24 screens receive minimal patrons [and] the Wal-Mart (next door) is about 125,000 square feet, and I’ll take a wild guess that they have a lot more employees than the AMC.”

Freedman is the chairman of the San Ysidro Community Planning Group. He said “by adding useful commercial space, not only employment opportunities would open up, but hopeful also some opportunities for the small business entrepreneurs.”

Katina was 10 years old when the original Blade Runner came out in 1982. “As far as the additional stores being built, I think it is great for this community,” she said, “as long as they factor in extra parking.”

The “lack of parking” at the venue was one of the complaints about the theater on social media. Others disliked the “dirty” seats and “sticky floors” (due to spilled sodas).

Most though, like Jim, praised the “superdeals” at the theatre. “For the past few years, half of the Palm AMC space has been closed due to Tijuana competition,” he said, “which cut the prices here [to $4.49 before 4 p.m. on select movies] to compete with the $4 [movie ticket prices] in Tijuana.” 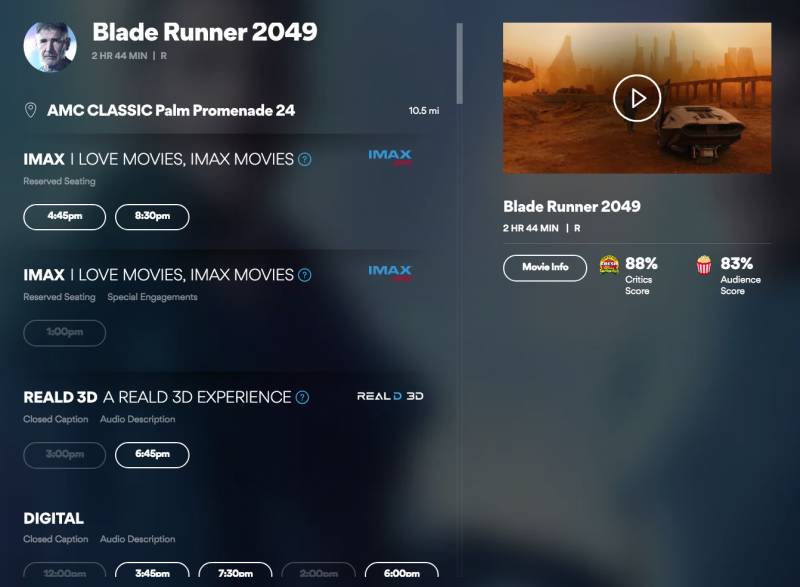 Katina was 10 years old when the original Blade Runner came out in 1982. “As far as the additional stores being built, I think it is great for this community,” she said, “as long as they factor in extra parking.”